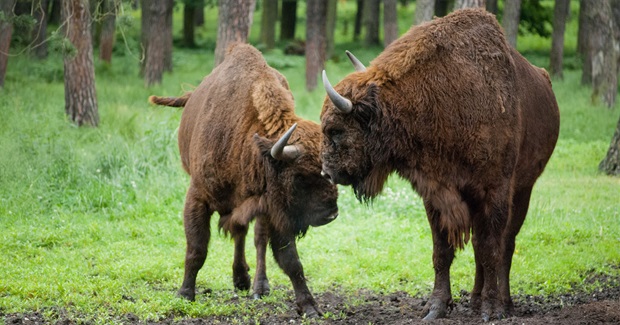 The past few months have been particularly momentous for the restoration movement.

Armed with shovels and seeds 44,000 volunteers in Ecuador smashed the Guinness World Record for ‘most trees planted in one day’.

Meanwhile, a five-year beaver reintroduction trial in Scotland concluded that the species can boost Scottish tourism by millions of pounds while benefiting the surrounding area’s ecological health.

The WWF and Rewilding Europe initiated the largest reintroduction project in Europe to date, repopulating vast tracts of land with European bison and the Obama administration unveiled a strategy for a ‘butterfly highway’, consisting of long stretches of nectar-rich flowers to assist the migration of threatened species.

Moreover, here is an occasion to see the fruits of one’s labour. Restorationists can see with their own eyes the metamorphosis of dust into wilderness. A preservationist, on the other hand, often sees slightly less worse situations than what would have been. There is no doubt that both are essential, but the former has an attractive allure that environmental psychologists suggest may be more likely to harness public interest.

E.O. Wilson, one of the most prominent biologists of our time, hit upon the subject when he proposed, “Here is the means to end the great extinction spasm. The next century will, I believe, be the era of restoration in ecology.”

Note from Storm: I spoke with E.O. Wilson when he visited Washington, DC about 5 or 6 years ago. When I asked him what he thought about ecological restoration, as relates to the massive environmental destruction and fragmentation already inflicted on our planet, he said “It’s all restoration from now on.”