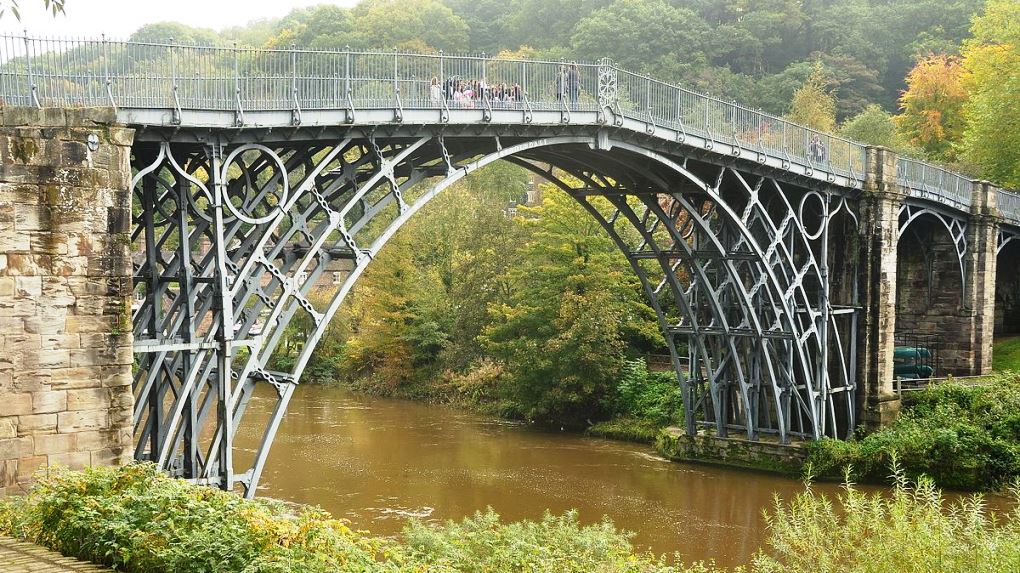 The world’s first iron bridge was erected over the River Severn in Telford, Shropshire, England in 1779. This pioneering structure marked a turning point in English design and engineering; after it was built, cast iron came to be widely used in the construction of bridges, aqueducts and buildings. 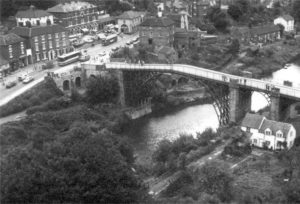 It was in Telford that Abraham Darby pioneered the smelting of iron using coke, a process that was a catalyst for the Industrial Revolution.

Later, it was Abraham Darby III who cast the ironwork for the bridge that still stands today, using the same techniques developed by his grandfather.

The bridge was so successful that it gave its name to the spectacular wooded valley which surrounds it, now recognized as the Ironbridge Gorge World Heritage Site.

In 1934 it was designated a Scheduled Ancient Monument and closed to vehicular traffic. Tolls for pedestrians were collected until 1950, when ownership of the bridge was transferred to Shropshire County Council. It now belongs to Telford and Wrekin Borough Council. 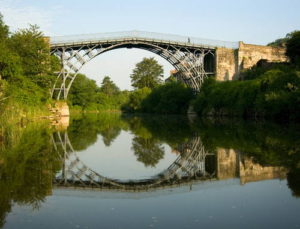 The bridge, the adjacent settlement of Ironbridge and the Ironbridge Gorge form the UNESCO World Heritage Site. The bridge is a Grade I listed building, and a waypoint on the South Telford Heritage Trail.

In 2017, cracks started appearing in the structure, so English Heritage has launched a major restoration project to repair the Iron Bridge and secure its future. It’s going to take £3.6 million to carry out this work. As a charity, they rely on support and they’ve already raised a significant sum, including a generous donation of €1 million from the Hermann Reemtsma Foundation.

They now need to raise £25,000 to safeguard this symbol of a turning point in human history. You can play a role in passing on this heritage to people in the future by joining the crowdfunding campaign (see below). 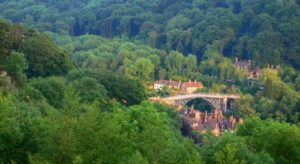 Ironbridge is known throughout the world as the symbol of the Industrial Revolution. It contains all the elements of progress that contributed to the rapid development of this industrial region in the 18th century, from the mines themselves to the railway lines.

Nearby, the blast furnace of Coalbrookdale, built in 1708, is a reminder of the discovery of coke. The bridge at Ironbridge had a considerable influence on developments in the fields of technology and architecture.

Featured photo of the Iron Bridge by Nilfanion via Wikipedia.

Support Project Iron Bridge by donating to the Crowdfunder campaign.