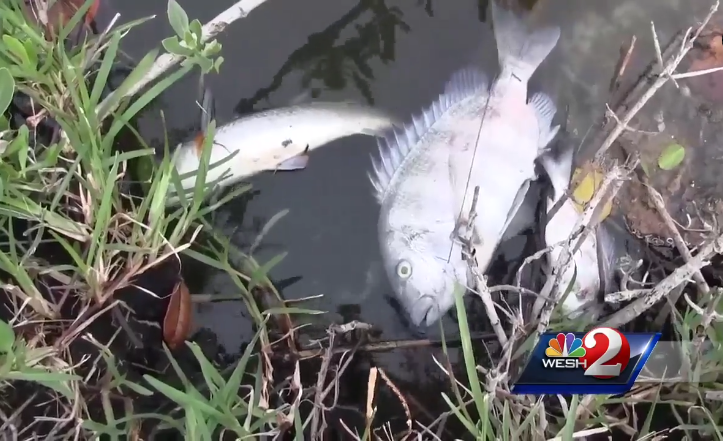 A new open space in Titusville, Florida is also part of a new initiative to restore the highly-polluted Indian River Lagoon. “It treats the water; it keeps the lagoon cleaner and it provides a venue for recreation. It’s a beautiful walking path,” Titusville Mayor Jim Tulley says.

The system helps turns storm water from a problem into an asset for residents. Local leaders hope it’s just the first step an eventual 10-year, $300 million plan to restore the lagoon.

The Indian River Lagoon, choked with algae feeding off the pollution, was covered with dead fish earlier in 2016.

It’s the recipient of most of the nitrogen-rich storm water (the excess nutrients come in large part from lawn fertilizers). This new facility intercepts and removes much of the nitrogen.

The park also fits into Titusville’s efforts to transform itself from a typical traffic-clogged Florida city to a pedestrian and bicycle-friendly community. In the process, they are becoming a significant cross-country bicycling destination.