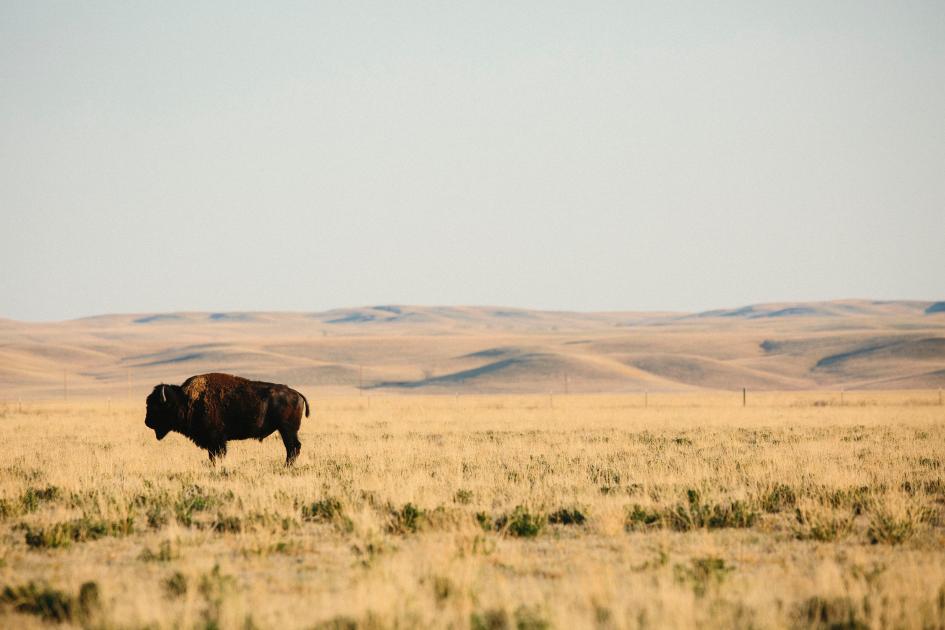 When Dan O’Brien began ranching buffalo on the South Dakota prairie two decades ago, his mind wasn’t entirely on the buffalo.

A wildlife biologist and author who’d spent most of his career helping restore populations of the once-endangered peregrine falcon, O’Brien got into the bison business because he wanted to save more birds.

“What I’d learned is it’s not about a single species. It’s about species diversity—flora and fauna,” he says. “And in the Great Plains, what’s the species that ties it all together? It’s the buffalo. I started raising buffalo to see if we could improve ground-nesting bird populations. Then one thing led to another.”

Similarly, when Yvon Chouinard launched the outdoor clothing company, Patagonia, in the 1970s, he didn’t envision it selling buffalo jerky—or any other edible, for that matter.

But O’Brien and Chouinard share the screen in a short film called Unbroken Ground, which traces their unlikely forays into the food business—and their shared attempts to shake it way, way up. As Chouinard puts it, the film is about “people willing to break the paradigm.”

Note from Storm: Dan O’Brien’s wonderful book, Buffalo For The Broken Heart, came out in Fall of 2002, the same time my first book, The Restoration Economy. His book is my favorite gift book: the funny, emotionally-moving story of how he restored his life by restoring a ranch. I quoted from it in my 2008 book from McGraw-Hill, Rewealth. Dan was a gracious host to my brother and his two sons when they drove through South Dakota over a decade ago. What’s more, my wife and I are long-time customers of the delicious, restoratively-raised bison meat sold by Dan’s company, Wild Idea. So, I’m very happy to see his get this well-deserved recognition by National Geographic.