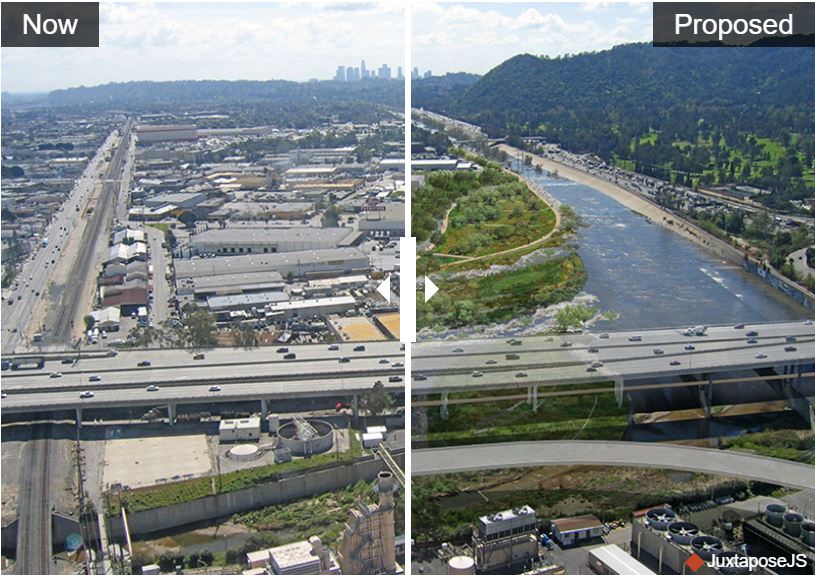 Los Angeles County is most populous county jurisdiction in the United States. It comprises over 10.1 million people, which accounts for about 27 percent of California’s population. The county’s population is larger than many states, including North Carolina, Michigan, New Jersey and Virginia, just to name a few.

While L.A. County is not the largest U.S. county by land area (that honor goes to neighboring San Bernardino County) and doesn’t crack the list of the 10 largest counties by size, it is still among the largest anywhere, spanning a vast area that includes a long coastline, vast urbanized areas, mountain ranges, foothills, national forests, outlying islands, high desert landscapes and, as any L.A. area commuter can tell you, plenty of congested freeways. And a river.

In its natural state, before it was channeled and lined with concrete, the 51-mile-long Los Angeles River was often little more than a trickle for nine months of the year. During the rainy season, however, the small, braided stream would turn into a powerful, churning river.

It behaved like a dropped firehose, wildly lashing the Los Angeles valley, scouring gravel and soil across a seven-mile-wide floodplain, and carving a new course with every deluge. When the waters receded, a mosaic of fertile marshes, ponds, and other wetlands remained.

“It was a big, flashy, dynamic river system,” says Sophie Parker, a biologist with the Nature Conservancy.

But such flash flooding wouldn’t do for a booming city, so in 1938, after a devastating torrent, a project to tame the Los Angeles River with a concrete straitjacket got underway.

Since then, nearly the entire river has been funneled through a hard channel that allows no flooding. The city turned its back on the ditch, and public access to it was prohibited.

Now, however, the U.S. Army Corps of Engineers, partnering with the City of Los Angeles and conservation groups, is poised to launch the largest coordinated restoration effort of the Los Angeles River to date.

The Corps recently completed a plan to remove three miles of river-killing concrete and enhance an 11-mile run through the Elysian Valley, a stretch called the Glendale Narrows. The Corps has asked Congress for $380 million to carry out the restoration effort, which will be combined with roughly $1 billion from the city.

Congressional funding is expected to be approved soon, helping launch a project that could take two decades or more to complete.

But fundamental questions about bringing the L.A. River back to life remain: What, exactly, should this resurrected river be?

And just what kind of natural bang will Angelenos and other Americans get for their billion-plus dollars?

No matter how the Los Angeles River is restored, thinking about the river differently and embracing its presence — rather than dismissing it as a drainage ditch — is a teachable moment for Southern California.

Even a partially restored river will provide an escape from Los Angeles’ overwhelming urbanism and will perform some important ecological functions.