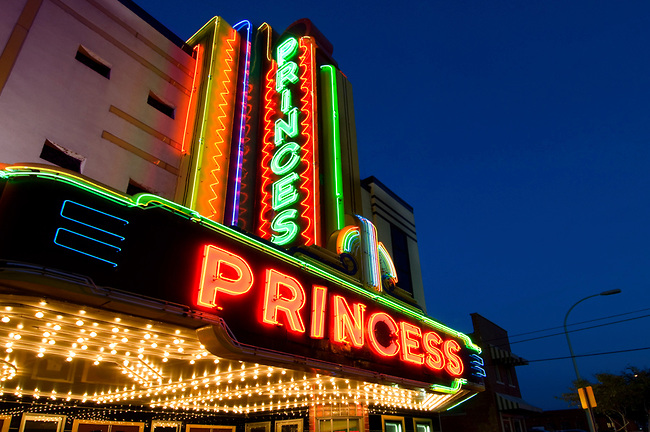 Sitting in the middle of the newly renovated theater lobby, Anne Scarbrough gazed through the wall of windows out to downtown Decatur, Alabama.

Eleven months ago, the Princess Theatre‘s board of directors tasked Scarbrough — the first new executive director in 28 years — with revitalizing the historic performing arts center and, indirectly, revitalizing a downtown area in transition.

“What people want the Princess to do, which is to bring people to downtown and make the city a success, is something no one organization can do. It will take all of us. It will take the Carnegie and the Alabama Center for the Arts and the Cook’s Museum all working together and strategizing to make that happen,” Scarbrough said.

With a 130-year history that includes time as a livery stable, the building once was described as a financial strain on the City Council. People now speak of the Princess Theatre’s possibility and promise.

The Princess Theatre has been a north Alabama landmark for more than a century. Beginning as a livery stable in 1887, it was transformed into a silent film and vaudeville playhouse in 1919. The Theatre presented high class road shows, pictures and Keith vaudeville. On opening night, December 30, 1919, the play “Tea for Three” was staged with music provided by local orchestras. The next day, the film “The Wolf” was shown, with prices at 20 and 30 cents.

After a facelift in 1941, the Princess emerged with the art deco style that remains today and features a brilliantly lit neon marquee. Local architect Albert Frahn decorated the auditorium burgundy and gray walls with murals that glow in a black lighting system. The glow of fluorescent carpeting guided theatergoers down the aisle. The lobby featured a terrazzo floor with a map of Alabama, marking the Tennessee River and Decatur, imported veneer walls and art deco stair rails. The classic art deco facade displayed a geometric design, glass bricks, yellow and black vitrolite glass and a two story marquee with more than 3,000 feet of neon tubing. The Princess reopened on August 7, 1941 as a classic art deco theatre with the film “Tom, Dick and Harry” starring Ginger Rogers.

In 1978 the City of Decatur purchased the Princess Theatre when it closed as a movie house. After a $750,000.00 renovation, the Princess once again reopened and this time as the city’s performing arts center. The 677-seat Theatre began serving as a stage home for local performing arts groups, providing a multipurpose rental facility for the community, serving as an arts education resource for schools and annually presenting a variety of touring artists in music, theatre and dance.

A Professional Series features national touring arts events from Broadway musicals to major concert artists and family events. For more than twenty years, the Princess Theatre has presented an array of outstanding cultural events, including such artists as Tony Randall and Ray Charles, the national tours of Broadway musicals such as “Evita” and “Big River,” and concerts by the Glenn Miller Orchestra and Dan Seals. Local performing groups make their home on the Princess stage, presenting children’s theater, choral concerts, musicals and theater. More than 60,000 people attend events at the Princess.

As north Alabama’s largest classroom, the Princess annually serves more than 20,000 students and teachers, including Young Audience Professional Series performances, school matinees, master classes and teacher workshops. Visiting artists serve residencies in the community with workshops and performances for schools and the community.

Listed in the National Register of Historic Places, the Princess completed the first phase of a new Master Plan during 2000-2001. At a cost of $6 million, the renovation and expansion project restored the beautiful facade and marquee, rebuilt a new stage house, upgraded the infrastructure and equipment and expanded into an adjacent building with a new lobby and dressing rooms. A group of volunteers continued work on the new lobby during the summer of 2003. In April 2009 the Sexton Lobby in the Baker Annex was renovated to include a suite of men’s and women’s restrooms, a catering pantry and new finishes to the lobby. Future phases will include more dressing rooms, administrative offices and restoration of the historic lobby and auditorium. The Theatre now operates a larger and more technically equipped facility for the community while preserving one of the city’s most historic landmarks.

See full article in The Decatur Daily by Catherine Godbey.