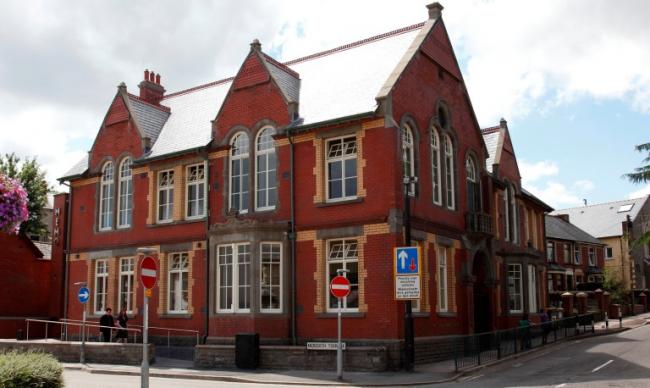 Gwent is a preserved county and a former local government county in south-east Wales. It was formed on 1 April 1974, under the Local Government Act 1972, and was named after the ancient Kingdom of Gwent. Until then, it was considered to be part of England.

A new project depicting the history of one of Gwent’s most historical buildings is set to launch in late January, 2017 in the town of Newbridge (population about 6500).

The Heritage Experience will be launched at the Newbridge Memorial Hall (nicknamed “the Memo”) on January 16, 2017 as a showcase of the building and its place within the social fabric of the local community.

Run by the centre’s heritage and culture manager Helen Harman, the experience has been funded as part of the Memo’s grants from the Heritage Lottery Fund and the Big Lottery Fund.

Brian Evans MBE, director of the Memo, said: “I met my wife through dancing at the Memo and it has that huge connection with people. From when it began in commemoration for those that were lost in the great war to being a place the American troops used in the Second World War. It was also used as a place where food parcels were made up for miners during the strikes and it’s about bringing that back, but it speaks for itself really.”

The full name of the building was Celynen Collieries Institute & Memorial, now known as Newbridge Memo. It comprises two Grade II and Grade II listed historic buildings in the heart of Newbridge, south Wales. The Institute building which opened in 1908 is a lasting monument to the miners who worked so hard to build it and the Memorial Hall built in 1924 serves as a memorial to the local servicemen who lost their lives during World War One.

Recently refurbished with dedication and care, the Memo has once again become a crucial hub for the local community, with a busy modern library, daily classes and events and a variety of evening entertainment.

In November 2014 the Art Deco auditorium reopened its doors, filling the space with music and theatre once again.