Much has been said about the devastating social and economic impacts of America’s post-WWII love affair with the automobile. Short-sighted urban planners across the country subsequently did more physical damage to the nation’s cities in a few decades than all of America’s foreign military enemies had achieved in the history of the country.

But the U.S. wasn’t alone in this car-crazed planning nightmare.Over half a century ago in Great Britain, the Beeching Report was published, spelling the end of hundreds of miles of British railway lines and stations.

Pretty much immediately, local campaigns sprang up to protest what became infamously known as the “Beeching Axe”. For instance, a museum in the center of Wisbech, a Georgian town of 30,000 souls in East Anglia, proudly displays the original manuscript of Charles Dickens’ Great Expectations. Those were days in which Wisbech prospered. 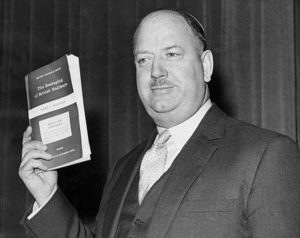 The frenzy of railway building in the 19th century gave the town three stations. Now it has none. The last passenger train left in 1968, five years after the report “The Reshaping of British Railways” by Dr. Richard Beeching, chairman of British Railways (BR), on the future of rail, which led to the closure of nearly a third of Britain’s 17,000 miles of track and a third of its 7,000 stations.

That clinical and ruthless assessment of what was required to put the railways back on stable footing won many admirers in the then-Conservative government.

They embraced Beeching’s proposals and were quick to implement his report’s recommendations. Few alternatives were offered. Wisbech has suffered economically, as did many others.

Progressive opponents at the time argued that Beeching had paid scant attention to the social importance of the railways. Many argued that the closure of many lines in rural Britain would isolate communities. They were right, maybe even more so than they realized. As a local Labour MP argued at the time, the railways were “a form of social service, which is as essential as the supply of electricity, gas, water and the National Health Service.” 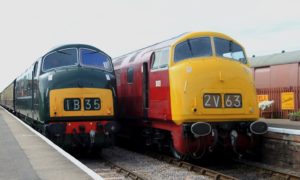 This period of nationalization saw sweeping changes in the national railway network. By 1968, steam locomotion had been entirely replaced by diesel-electric locomotives (except for one narrow-gauge tourist line). Passengers replaced freight as the main source of business. And, of course, there were the massive closures.

Now, Britain is joining dozens of other countries around the world in recognizing that a healthy, modern rail network is the backbone of a national economy, and that overly car-centric urban planning has been a monumental mistake. Over 50 lines have been reopened.

Ins some parts of the UK, many former lines were resurrected as part of the new “Heritage Rail” sector, while many successful community rail partnerships have also flourished. Elsewhere, disused lines have been repurposed as popular cycle and walking tracks.

UK transport secretary Chris Grayling has announced that more closed rail lines could be re-opened. This would reconnect many British towns and regions, most likely resulting in dramatic economic revitalization.

It is a remarkable new trend. After the war, many thought that roads would rule and rail would go the way of canals. When Milton Keynes—a new town that was the pride of the urban planning profession at the time—was built 55 miles north of London in the 1960s, it was deemed not to need a station. That costly mistake was finally rectified when one was finally opened in 1982.

In 2015 6.6 million rail journeys started or ended in Milton keynes. Traffic on other restored lines has boomed, too. The track that re-opened in 2015 from Edinburgh to the Borders expected 650,000 journeys in its first year. Half a million were made in the first five months. 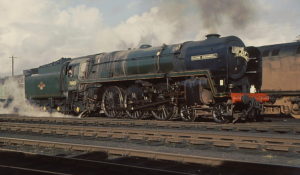 The proposals, aimed to “reverse decades of decline” in the railways, have been praised as the “rebirth of the railways”. Yet huge investment is needed to truly revitalize the railways. Now, as in Beeching’s time, Britain’s railways are in need of updating. If Britain wants to see a rail system that is both economically viable and socially beneficial, there are some lessons to be learned from the wrongs of past policy.

While there are many rail lines and stations up and down Britain that could bring great benefits if they were reopened. The Campaign for Better Transport has compiled a list of the 12 lines they believes have the strongest economic and social case for reopening:

“Filling in the missing links in our rail network offers the most cost effective way of alleviating congestion, reducing social isolation and improving economic prospects. Rail reopenings have huge local support, are good for business and can offer economically deprived areas a new lease of life. You only have to look at the number of passengers using the new stations and lines to see how viable and popular they are,” says Stephen Joseph of the Campaign for Better Transport.

Whether nationalized or in private hands, Britain’s railways are still in desperate need of investment, modernization and coordination. Finding the right process for renewal, such as this one, could mean economic rebirth for hundreds of British communities.

Featured photo (via Adobe Stock) is the train at the Giant’s Causeway and Bushmills Railway, Northern Ireland.

See December 7, 2017 article by Andrew Edwards in The Conversation.

See 2016 article in The Economist.