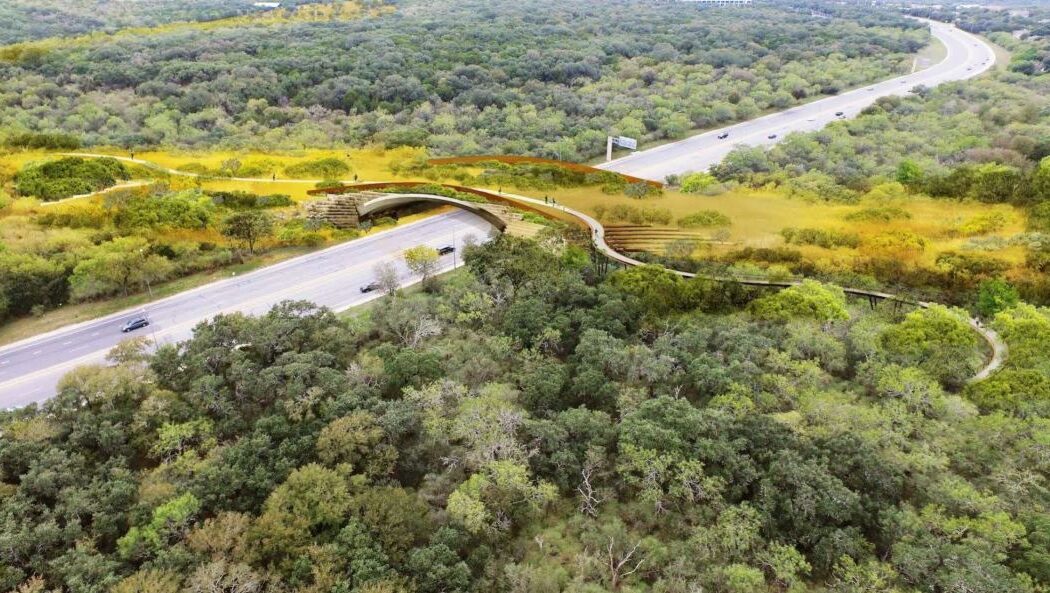 As originally described in The Restoration Economy back in 2002, and more recently documented in RECONOMICS: The Path To Resilient Prosperity, ecosystems can sometimes be restored without touching them: simply by reconnecting them.

The same is true of human communities and economies. Both dynamics are now on display in San Antonio, Texas, one of my favorite cities. I (Storm Cunningham) was stationed at Fort Sam back in the early 70s’s. 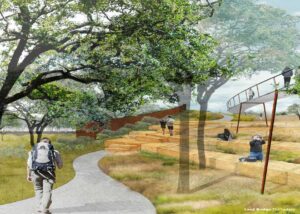 “For many years, the Robert L.B. Tobin Land Bridge was only a dream. Thanks to overwhelming community support of the 2017 Bond, the generosity of donors from across the city and the hard work and dedication of so many, the vision is now a reality,” said former San Antonio Mayor Phil Hardberger.

“I am honored to invite San Antonians to come experience the Land Bridge and hope it will offer them an escape from the stresses of this year – a place where they may spend time with family and friends and connect with the natural world,” he added.

The Land Bridge is uniquely designed for safe passage by people and animals and is the largest wildlife crossing constructed to date in the United States. 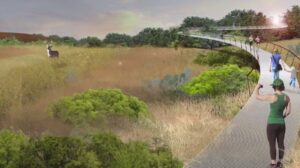 According to National Geographic, in addition to reconnecting fractured habitats, wildlife crossings around the world have been shown to significantly reduce wildlife-vehicle crashes. In the years ahead, the Robert L.B. Tobin Land Bridge will serve as a living classroom for research and engaging community programming.

“We join the Phil Hardberger Park Conservancy in celebrating the opening of the Robert L.B. Tobin Land Bridge. The Land Bridge connects people with nature in the heart of San Antonio. I look forward to watching the landscape grow and mature with native trees and plants and observing wildlife through viewing blinds designed by local artists. The bridge is an amazing achievement,” said Mayor Ron Nirenberg.

The park is also accessible via the Salado Creek Greenway. Cyclists are welcome on the bridge but must walk their bicycles across. Hardberger Park’s new Skywalk feature, an elevated walkway which gently climbs through the treetops connecting pedestrians with the Land Bridge, is set to open before the end of 2020.

All renderings courtesy of City of San Antonio Parks & Recreation.