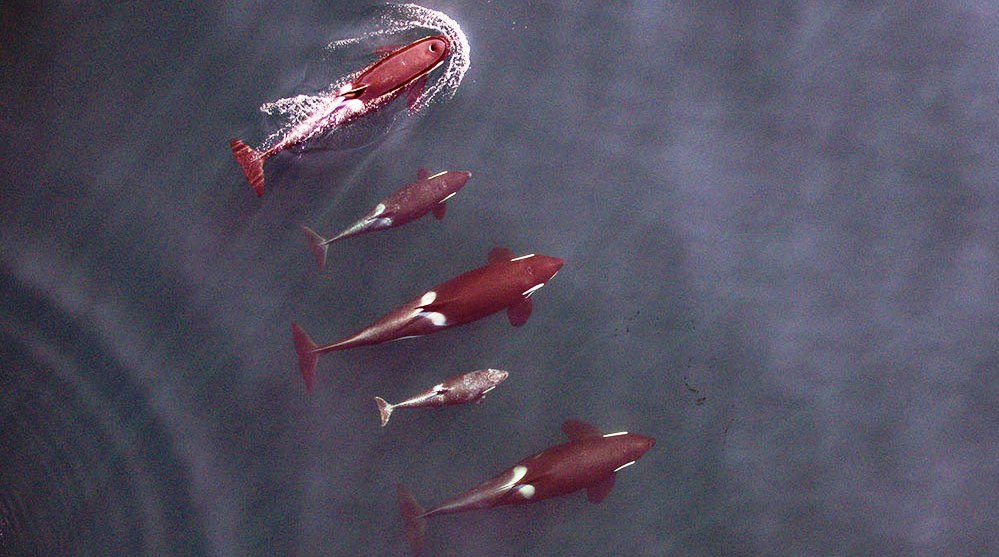 In southern British Columbia, tidal marsh habitats in the Fraser River estuary provide crucially-important rearing areas for juvenile salmon, but have been reduced to a fraction of their historic area through both infill and sprawl development.

Numerous training walls and rock jetties constructed in the Fraser River (e.g. North Arm, Iona, Steveston) have changed salinity, temperature, and sedimentation patterns in the estuary, which has led to the erosion of marsh channels, poor growing conditions and limited access for juvenile salmon.

This project also has the potential to improve food availability within the critical habitat of endangered southern resident orcas (killer whales).

Now, on June 8, 2018, Carla Qualtrough, Member of Parliament for Delta and Minister of Public Services and Procurement, on behalf of Dominic LeBlanc, Minister of Fisheries, Oceans and the Canadian Coast Guard, announced that the Raincoast Conservation Foundation will receive $2,658,217 over five years for a project to help restore coastal habitats in the Fraser River Estuary.

“Our investment to restore coastal habitats in the Fraser River Estuary will not only benefit salmon but also the species which rely on them. Moreover, the work being undertaken by Raincoast Conservation Foundation will foster many collaborations by people in the local community,” said Jati Sidhu, Member of Parliament for Mission – Matsqui – Fraser Canyon.

The Raincoast Conservation Foundation’s estuary connectivity project will improve connectivity and natural processes on the banks of the Fraser River Estuary for the benefit of juvenile chinook, pink and chum salmon, as well as other fish species, and the species which rely on them. The work will involve the collaborative efforts of many people working and living on the lower Fraser River.

“We are excited for the support provided by the Coastal Restoration Fund and the opportunity to carry out this ambitious project. The loss and alienation of salmon habitat in the Lower Fraser River affects many salmon populations. This is an initial, but bold step to help reconnect key habitat for wild salmon,” said Misty MacDuffee, Wild Salmon Program Director for Raincoast Conservation Foundation.

In May 2017, the Government of Canada announced the $75 million Coastal Restoration Fund to help rehabilitate some of our most vulnerable coastlines and protect marine life and ecosystems. The Coastal Restoration Fund, under the responsibility of Fisheries and Oceans Canada, supports projects that contribute to coastal restoration on all of Canada’s coasts, with preference given to projects that are multiyear and involve a broad number of partners, including Indigenous groups.

The Coastal Restoration Fund is part of the $1.5-billion Oceans Protection Plan – the largest investment ever made to protect Canada’s coasts and waterways. In collaboration with Indigenous peoples, local stakeholders and coastal communities, the Government of Canada is creating a world-leading marine safety system that provides economic opportunities for Canadians today, while protecting our coasts and waterways for generations to come.

“I am proud to support this Coastal Restoration Fund project that will protect British Columbia’s biodiversity and restore important salmon habitats. Our funding will facilitate collaborative efforts to carry out this essential work along the Fraser River,” added Qualtrough.

Photo of southern resident orcas by the National Oceanic and Atmospheric Administration (NOAA) and the Vancouver Aquarium.