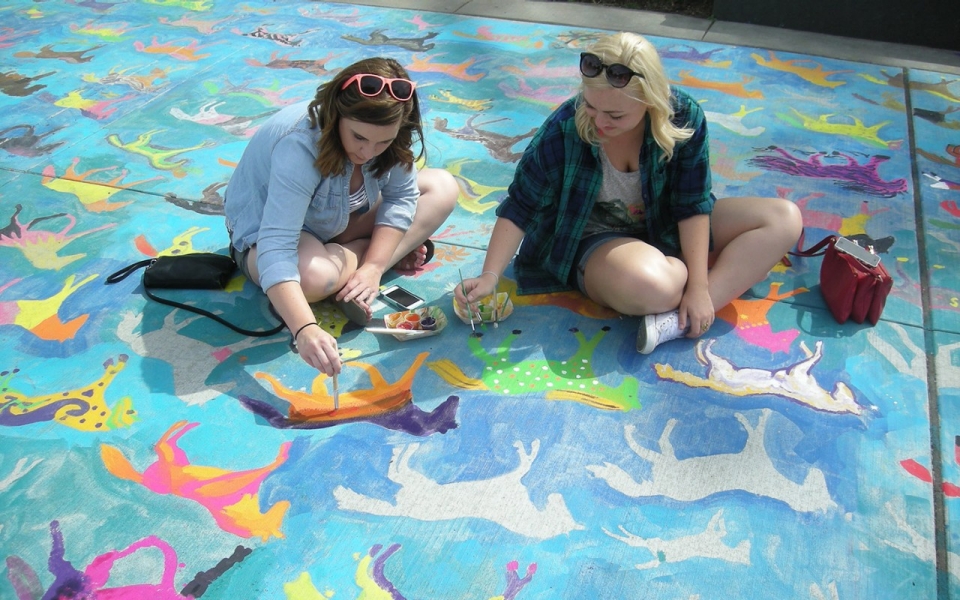 In 1858, when Col. George Wright ordered U.S. Army soldiers to massacre 900 horses they took from the Native American tribes of Washington Territory, the grisly job took only two days.

“This work of slaughter has been going on since 10 o’clock a.m. yesterday and will not be completed before this evening,” he wrote in a report to the secretary of war about his punitive campaign to defeat the combined forces of several Plateau Culture tribes.

“A blow has been struck which they will never forget,” he continued.

On that count, Wright was correct. But how the horses were remembered 157 years later might have surprised him.

It took artist Ryan Feddersen, an enrolled member of the Colville Confederated Tribes, nine days under a relentless sun — temperatures in Spokane last month were 20 to 30 degrees above normal — to move inch by inch on a sizzling concrete plaza, using blue and green chalk to color a background for a mural that would become known as “900 Horses,” filling the downtown plaza with a flowing river of brightly colored ponies painted by hundreds of hands.