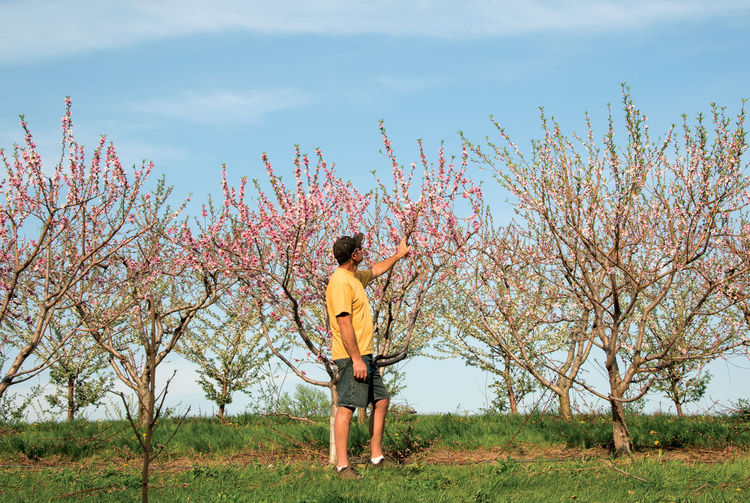 Note from Storm: My first book, The Restoration Economy (Berrett-Koehler, 2002), had a chapter on restorative agriculture. In it, I advocated for programs, practices, and policies that would restore native pollinators (bees, flies, butterflies, birds, bats, etc.). This would have the dual benefits of regenerating the health of the local ecology, while also making farmers less dependent on commercial providers of “industrial” European honeybees, thus saving them money.

Since 2002, the commercial pollinator industry has been hit by disaster after disaster: mites, colony collapse disorder, overuse of traditional pesticides, widespread use of new bee-killing pesticides (neonicotinoids), and the introduction of toxic, genetically-engineered crops that produce their own insecticides. Add in climate-change-related extreme weather events, and the past decade or so has been calamitous for pollinators of all kinds, native and non-native.

The Bloomberg BusinessWeek article in the link below indicates that we are finally waking up to the fact that relying on native pollinators is a far more intelligent and sustainable strategy. Doing so will require ecological restoration of the lands surrounding farms, as well as expansion of organic and permaculture farming techniques to decrease pesticide usage.

From Bloomberg article: Hundreds of farmers turning to wild bees after nearly a decade of federally funded research failed to identify a solution or even a definitive cause for colony collapse, blamed on a variety of causes including pesticides and mites.

A study released on May 13 by the government-funded Bee Informed Partnership showed winter losses in commercial bee colonies slowed this year to 23 percent from an average of 29 percent, but a spike in summer deaths pushed losses from April 2014 through this past March to 42 percent, the second-highest on record. “Ten years ago we all thought, the honeybees are cheap and we’ll always be able to get them,” says Bryan Danforth, an entomologist at Cornell University.

With at least $15 billion in U.S. crops dependent on commercially raised honeybees, the government has allocated about $40 million a year to study the insects and other pollinators. Entomologists have found that growers of some orchard and vine crops may not need commercial bee services at all.

Research shows that native pollinators can keep many crops going just as well as commercially raised honeybees. “We have real good evidence that native bees are more effective for some crops” including apples and squash, says Rachael Winfree, an entomologist at Rutgers University. “But they get no credit. No one raises them. They live on the margins.”