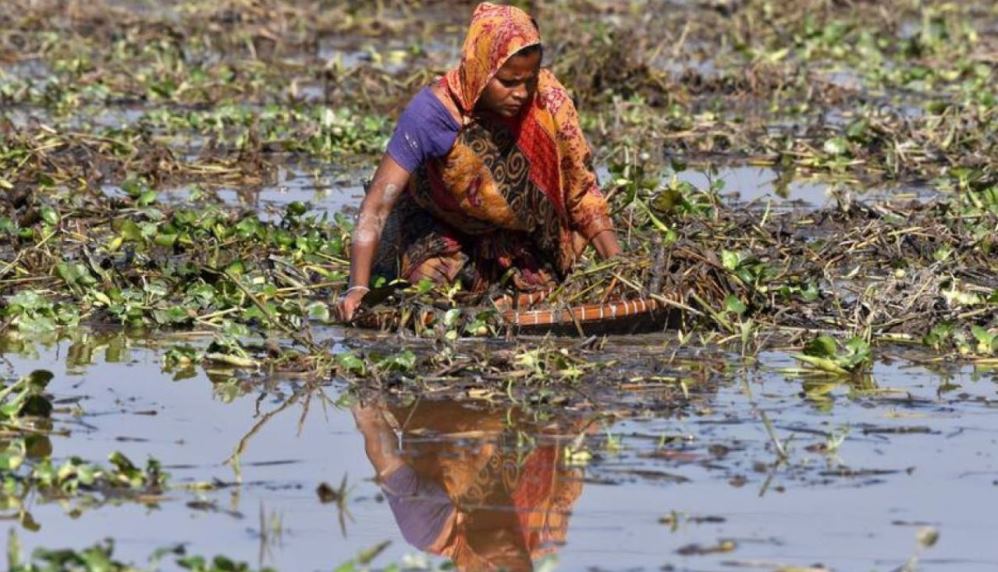 Every day, climate-related disasters are happening all around the globe, and this trend will keep increasing. Just between 1998 and 2017, “climate-related and geophysical disasters killed 1.3 million people and left a further 4.4 billion injured, homeless, displaced or in need of emergency assistance”, according to U.N. figures.

On this year’s World Water Day, it is important to highlight the importance of protecting wetlands, so that they can maintain their natural structure and way of functioning. Wetlands such as floodplains, marshes, mangroves and peatlands help decrease flooding by increasing the infiltration of excess water into the soil. Along coastlines, they can also act as a natural buffer and reduce the energy of waves and currents, reducing exposure to storms and surges.

Mangroves, which are a type of wetland, often grow at the coast in tropical and subtropical regions. They have a dense root system, which brakes waves and traps sediment from rivers and the land. This helps prevent and control soil erosion, thereby stabilising the shoreline, lowering coastal flood risk and protecting the communities and houses located behind them. 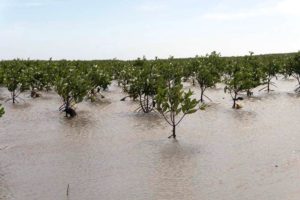 Recognizing the importance of mangroves, in Vietnam we are currently seeing an intense effort by the government and development partners to restore mangrove forests along the coast, in an effort to protect coastlines. When protected and restored, mangroves also provide natural habitats for young fish and shrimp, which form the basis for sustainable fisheries and provide income for local communities.

Next to reducing disaster risk and providing income, wetlands also help purify water by filtering pollutants, and hence contributing to the freshwater supply needed to provide clean and accessible water for all.

Wetlands also store a large amount of carbon, with peatlands “storing twice the carbon of the entire world’s forests”, according to UN Water. When drained, peatlands become a source of massive greenhouse gas emissions, contributing to climate change. Conserving them not only contributes to water filtration and disaster risk reduction, but also to limiting global warming.

Despite this knowledge, the potential of wetlands is still not fully used. The majority of infrastructure investments for disaster risk reduction are still spent on “grey infrastructure”, including dykes, sea-walls and groins. They have protected many people globally for decades and still have an important role to play.

However, this type of infrastructure cannot self-adjust to emerging conditions, including to climate change. It only provides protection without further benefits, such as carbon storage, fish habitat or aesthetic value. Grey infrastructure neither addresses the underlying causes of disaster risk, nor prevents the emergence of new risks.

As a result of their increasingly recognised relevance, wetlands—and more generally ecosystem-based solutions—are considered in international frameworks such as the Paris Agreement, the Sustainable Development Goals and the Sendai Framework for Disaster Risk Reduction.

These solutions can work either on their own or in combination with grey measures (known as “hybrid solutions”). To be effective, they must be maintained, managed well and monitored as they become critical infrastructure in the context of disaster risk reduction.

In a world where disasters are striking more frequently and intensely, nature itself provides some answers. Investing in protecting and restoring wetlands will contribute to lowering risk, while simultaneously helping reduce our greenhouse gas emissions and improving clean water provision to all.

In the featured photo, a woman uses a bamboo sieve to catch fish in a wetland in Babejia in Nagaon district in the northeastern state of Assam, India on December 29, 2016. Credit: REUTERS / Anuwar Hazarika

This article by Zita Sebesvari and Yvonne Walz of United Nations University’s Institute for Environment and Human Security was originally published by the Thomson Reuters Foundation. Reprinted here with permission.