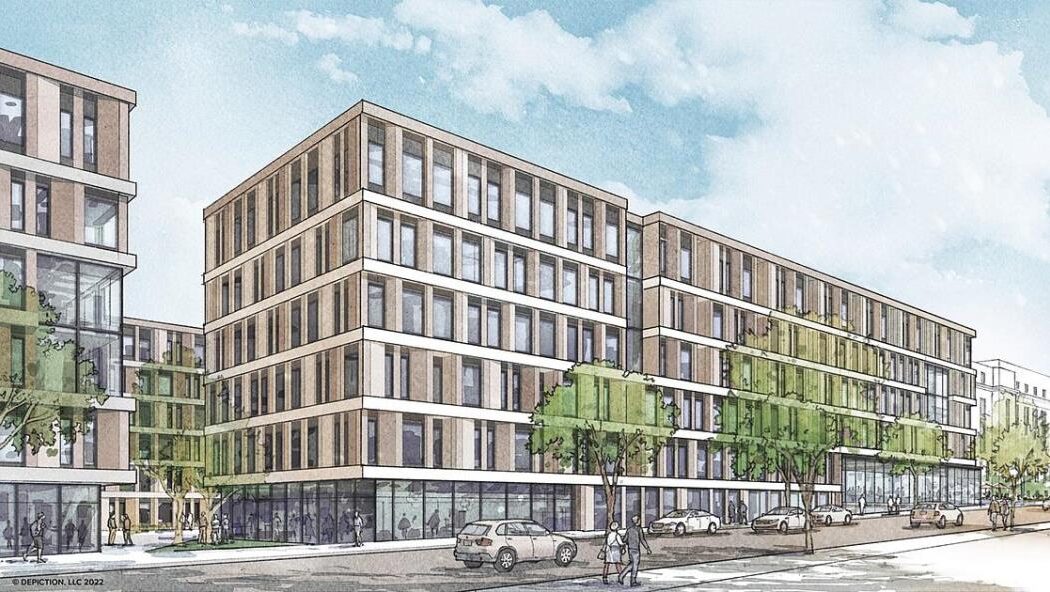 In November of 2022, The Michaels Organization—a national leader in residential real estate, with a strong focus on both redevelopment and affordable housing, which is why they often appear here in REVITALIZATION—was been selected by the Capital Region Development Authority (CRDA) to transform a vacant surface parking lot in the Bushnell South neighborhood in Hartford, Connecticut.

The $130 million redevelopment will sit on a now mostly-unused 3-acre parking lot, east of the renovated State Office building and nearby the Bushnell Center for the Performing Arts.

“This important neighborhood has so much potential and we are excited to work with the City and the CRDA to transform it into an area where people can live, work, shop, and play,” said Jay Russo, Michaels’ Vice President of Development.

The redevelopment effort along Capitol Avenue will encompass new housing, greenspaces, and commercial and retail space.

It will include 360 rental units in two buildings atop 2,500 square feet of retail space. Development plans also include 15 townhomes, on-site parking, and additional parking in a nearby parking garage.

This new redevelopment will help transform Bushnell South as a bustling residential and commercial area, connecting both sides of the neighborhood currently being divided by the vacant parking lots, and marking Bushnell Park as the center of the city.

Michaels was awarded the development project through a competitive bidding process, and was ultimately selected for their strong understanding of public financing and urban development strategies.

“The Bushnell South plan is critical for not only the State Capital and the city, but also for the neighborhood,” said Mike Freimuth, CRDA’s Executive Director.

“Having a national developer such as Michaels investing in the project demonstrates that all of the development that has occurred over the last 10 years has led towards Hartford realizing its full potential as a major city. CRDA is looking forward to working with Michaels,” he continued.

“It has experience with public private urban development projects and understands the unique strategies, problems and consequences that come with such projects,” Freimuth concluded.

Throughout the development process, Michaels plans to work closely with surrounding neighborhoods and the various stakeholders.

Michaels Management will serve as the property manager.

Image courtesy of The Michaels Organization.