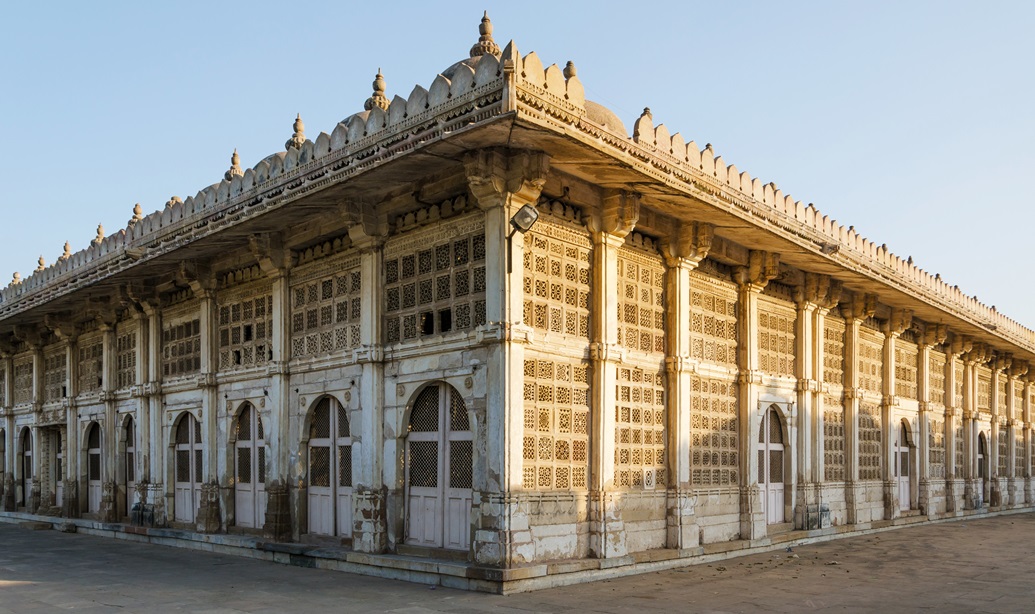 Ahmedabad, Gujarat, India is where the REVITALIZATION web development team is based.

In addition to that somewhat-dubious claim to fame, the historic Walled City of Ahmedabad is a newly-designated UNESCO World Heritage City, as of July 2017.

The Historic City of Ahmadabad (“Old Ahmedabad”) is the walled area founded by Ahmad Shah I of Gujarat Sultanate in 1411. Today, although it’s extremely crowded and dilapidated, this historic center still serves as the symbolic heart of metropolitan Ahmedabad. 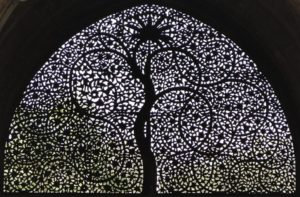 But, despite the honor recently bestowed by UNESCO, all is not well in the Walled City: it’s not drawing sufficient tourism to pay for its proper upkeep.

Filthy conditions, bad parking management, traffic problems, and encroachment by real estate developers have all been blamed as contributing to its lack of appeal to visitors. All of these factors need to be addressed if the Walled City is to be both historically restored and economically revitalized.

On December 26, 2017, Professor Utpal Sharma, director of the Institute of Architecture and Planning at Nirma University, together with P. K. Ghosh, the chairman of the Heritage Conservation Committee, spoke on revitalizing the Walled City at the inaugural lecture of a series organized as part of the Kankaria Carnival.

“Heritage in Ahmedabad does not translate into the inflow of tourists. Tourism helps build and strengthen local economy, which and in turn helps generate employment,” said Sharma. “This can only be achieved when various issues are addressed. The fundamental aspect is to begin with research and documentation of heritage buildings in the Walled City.”

Sharma added, “Redeveloping the Walled City space doesn’t mean razing the existing infrastructure.” Instead, he said, there have to be layers of planning at macro and micro levels. “Development of crucial infrastructure — such as multilevel parking spaces, ramped up public transport, a clear power supply grid, and bed-and-breakfast facilities — is key to creating pedestrian- and tourist-friendly Walled City.”

Ghosh explained: “Public participation is crucial to managing living heritage effectively and therefore, it is vital to keep public views and issues at the centre of redevelopment discussions.” 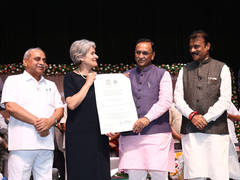 At the September 1, 2017 World Heritage City presentation, UNESCO’s Director-General Irina Bokova said “The beauty of Ahmedabad is breathtaking, but the significance of this city lies beyond the physical beauty of its architectural heritage – it lies in its historical symbolism of religious tolerance and peaceful coexistance. The harmony it embraces through its diversity tells a story of religious and cultural exchange and dialogue.”

The walled city on the eastern bank of the Sabarmati River presents a rich architectural heritage of mosques, densely packed traditional houses in gated street, as well as Hindu and Jain temples from a later period.

“We understand that with the World Heritage recognition for the City, greater responsibility has fallen on us to conserve and preserve the heritage value associated it,” said the Chief Minister of Gujarat Shri Vijay Rupani. “We are firmly committed to ensure the authenticity, integrity and conservation of the Historic City of Ahmedabad as required by the UNESCO. I am sure that this first World Heritage City inscription from India will usher urban heritage conservation movement in India in a big way.”

The Mayor of Ahmedabad, Shri Gautam Shah, affirmed that the city “wants to be a standard to be followed for conservation and management. We should leave no stone unturned to safeguard the outstanding universal value of the city.”

Ms. Sujata Prasad, Additional Secretary to Minister of Culture of the Government of India said that “the world heritage recognition was a living testimony to the multiculturalism of the city and will revitalize our approach to conservation.” She noted the need for a paradigm shift to protect cities and save them from encroachment and unplanned settlement.

“At a time when all societies are looking for new ways to foster sustainable development, boost innovation and build inclusive societies, we must harness the role of culture and heritage to strengthen the social contract, to create jobs, and most importantly, to celebrate dignity and diversity,” said Ms. Bokova.

In presenting the World Heritage Certificate, the Director-General also recalled that Ahmedabad was the landmark city from where Mahatma Gandhi launched his struggle for freedom. Ms. Bokova visited the Sabarmati Ashram Preservation and Memorial Trust – the site of Gandhi’s first ashram founded in 1915, where she viewed one of the largest collections of his original manuscripts, with some 35,000 catalogued items. The Ashram has also developed the Gandhi Heritage Portal, the largest online, open source digital archive on Gandhi’s life and thoughts.

Photo of Sarkhej Roza mosque in Ahmedabad via Adobe Stock.