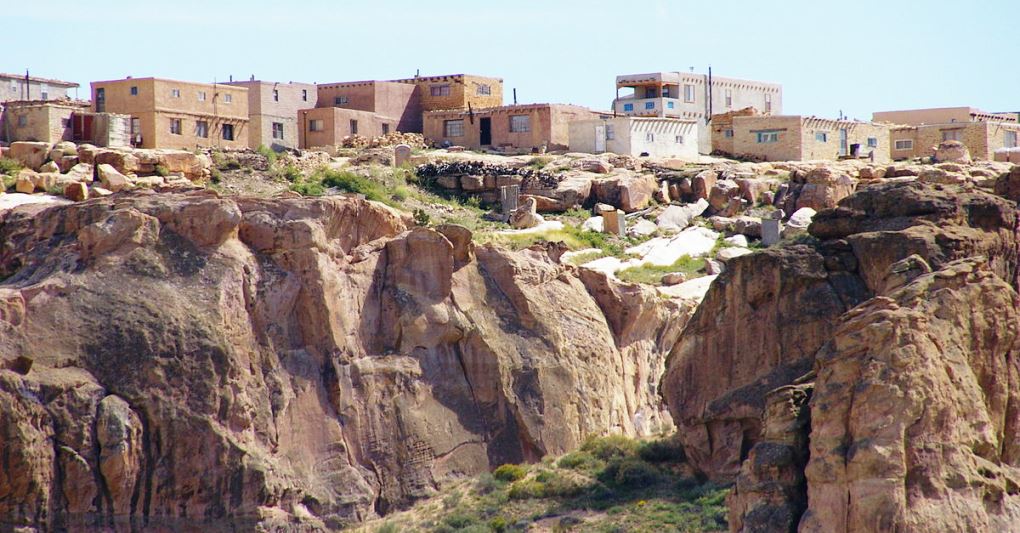 Imagine a community where every home maintains a comfortable temperature without the use of electricity. Designed with local materials and aligned to maximize use of solar energy, these homes are more than just a place to live: They are also perfectly suited for processing food, participating in religious gatherings, and maintaining social relationships.

These houses are also incredibly durable to the test of time—so durable, in fact, that they’ve survived thousands of years.

The Acoma Pueblo tribe is a federally recognized tribal entity. The historical land of Acoma Pueblo totaled roughly 5 million acres at one time. Today, the community retains only 10% of this land, which comprises the Acoma Indian Reservation. Acoma Pueblo is registered at a National Historic Landmark.

Just under 5000 people live in Acoma. The Acoma people have continuously occupied the village and area for over 2000 years, making this one of the oldest continuously inhabited communities in the United States (along with Hopi pueblos).

Acoma’s primary source of funding for the tribe’s housing authority is through a grant program that funds tribal housing projects—so long as they meet building standards set by HUD (the U.S. Department of Housing and Urban Development).