Known as “la Città Sotterranea” (the Subterranean City), Matera, Italy is one of the oldest continuously inhabited cities in the world, having been founded in the 10th millennium BC.

For many decades, Matera was know as a “national disgrace”; one of Italy’s filthiest, sickest and most deprived cities; thoroughly lacking any hope for a better future. Local folks used to say that even God stayed far away from the town. 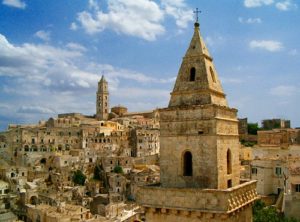 Photo of Matera by anonymous via Wikipedia.

How bad was it? “It was brutal,” said 89-year-old Luigi Plasmati. “There were families of maybe nine or 10 children, sleeping next to mules and pigs. We were dying of hunger.”

Just seven decades ago, about 15,000 people were living in grottoes carved out of the limestone hillside nine millenia ago. They were damp and had no natural light. They also lacked ventilation, plumbing and electricity. Diseases—especially malaria, cholera and typhoid—were rampant.

Farm animals were kept indoors to prevent their being stolen. The famed author Carlo Levi was exiled by Benito Mussolini a nearby town in 1935, he described Matera in his 1945 book, Christ Stopped at Eboli: “I have never seen in all my life such a picture of poverty.”

Today, this squalid nightmare is an Airbnb hotspot. Over 25% of Matera’s homes are available to rent on Airbnb, more than any other community in the nation. 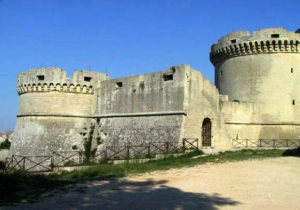 Much of this miraculous revitalization can be traced to the renovation of those 9000-year-old-dwellings, finally making it comfortable for visitors to experience this ancient, visually-spectacular place.

That renovation activity came about as a result of crowdsourcing: the federal government held a competition in the 80s, soliciting ideas for the future of the town. Some wanted it demolished. Saner heads prevailed though, and the winning entry said that the grottos should be cleaned and modernized.

The strategy was so successful that the government started subsidizing the historic restoration work, further accelerating the town’s revival.

Its historical center, called Sassi, along with the Park of the Rupestrian Churches, was designated a UNESCO World Heritage Site 1993.

Matera has now been declared the Italian host of the 2019 European Capital of Culture, along with with the Bulgarian town of Plovdiv. Not bad for a national disgrace.

See article by Angela Guiffrida in The Guardian.