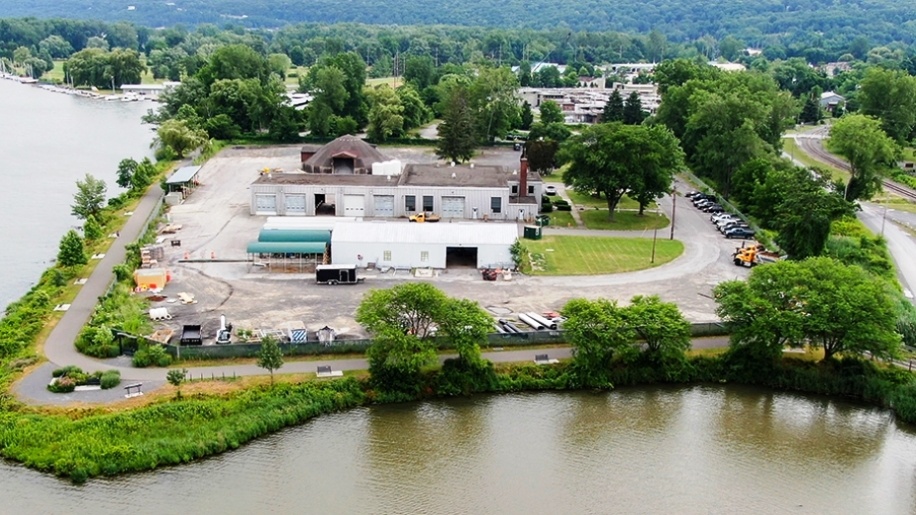 On August 12, 2020, New York Governor Andrew M. Cuomo announced a public auction will be held on September 15, 2020 for state-owned land soon to be vacated by the New York Department of Transportation.

The property is located at 683 Third Street on Cayuga Lake Inlet in Ithaca, Tompkins County. Originally announced in May 2018, the move of the DOT maintenance facility from the waterfront to a new, 15-acre location adjacent to the Ithaca Tompkins International Airport will not only enhance agency operations, but will open up prime waterfront property for redevelopment in Ithaca.

This auction announcement complements Southern Tier Soaring, the region’s comprehensive blueprint to generate robust economic growth and community development. The State has already invested more than $7.4 billion in the region since 2012 to lay for groundwork for the plan.

Now, the region is accelerating Southern Tier Soaring with a $500 million State investment through the Upstate Revitalization Initiative, announced by Governor Cuomo in December 2015. The State’s $500 million investment will incentivize private business to invest well over $2.5 billion. The region’s plan, as submitted, projects up to 10,200 new jobs.

The sale of the property also complements the recently completed $34.8 million expansion and modernization of Ithaca Tompkins International Airport, which features a larger terminal with new passenger terminal gates and boarding bridges, and enhanced security measures, all designed to ease travel and promote economic growth for the Southern Tier.

“We have made strategic investments in expanding, modernizing and even building new airports throughout New York, and the transformation of the Ithaca Tompkins International Airport into a modern facility has created a 21st century gateway to the Southern Tier that will facilitate economic growth for Tompkins County and the entire region,” Governor Cuomo said.

“This next step in our revitalization efforts will enable the development of prime waterfront real estate while providing the Department of Transportation with a more practical home near the airport,” he added.

State Office of General Services Commissioner RoAnn Destito said, “Governor Cuomo is a strong proponent of regional economic growth and the sale of this waterfront property in such a prime location near to so many of the region’s prominent educational institutions and recreational activities, is a new opportunity to continue to keep the Southern Tier soaring. OGS is pleased to help DOT bring this property to market, and we are looking forward to a successful auction that will benefit this community far into the future.”

Located in New York’s Southern Tier Region, this 8.162-acre parcel has extensive frontage on the Cayuga Inlet, a tributary of Cayuga Lake. The property was used as a DOT maintenance facility and includes a 15,220-square-foot office building, a 4,000-square-foot storage structure, a salt storage dome 82 feet in diameter, access driveways, and a paved parking area that can accommodate approximately 45 vehicles.

The property, which is accessible from Third Street Extension, also contains an easement for the Cayuga Waterfront Trail, which borders the property. The easement is approximately 0.718 of an acre in size. The site is connected to municipal water and sewer, natural gas, electric, cable, and telephone. It is situated within a zoning district designated market district.

State Transportation Commissioner Marie Therese Dominguez explained, “Part of the Department of Transportation’s mission is to partner with and support the economic vitality and sustainable growth of local communities, and this was exemplified by the project we completed last year to transform Ithaca Tompkins International Airport into a modern day transportation destination.”

“In addition, our former maintenance facility along the Cayuga Inlet, located just minutes away from many of the region’s most popular attractions, represents an exciting opportunity to build on the City of Ithaca’s already sizable economic prowess and vibrancy. The DOT is proud to offer this property in the hope that it will fuel Ithaca’s continued prosperity for generations to come,” she continued.

Ithaca is situated at the southern end of Cayuga Lake, the largest of the Finger Lakes. The region is known for its waterfalls, ice-age gorges, and recreational opportunities, including boating, fishing, hiking, bicycling, and wine tasting. The property at 683 Third Street is approximately 10 minutes from downtown Ithaca and a short drive from Cornell University, Ithaca College, and a municipal golf course. It is within an hour-long drive of both Syracuse and Binghamton.

See complete details of the property on the real estate auctions page of OGS website.