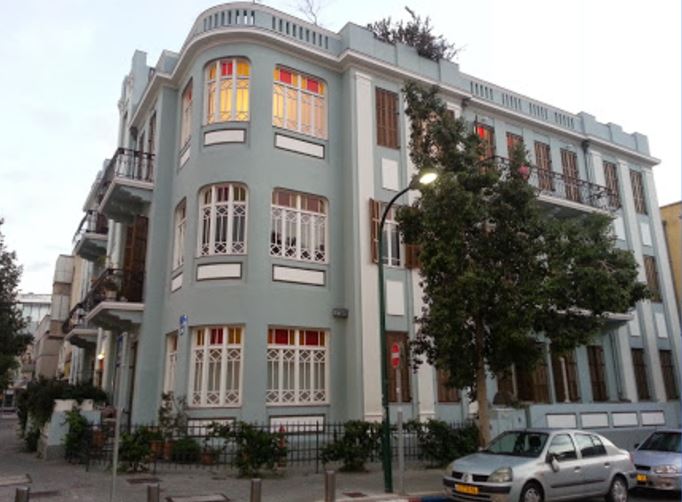 The Hahashmal Street section of Tel Aviv, Israel is one of the city’s best-kept secrets… or it was until not too long ago.

The whole area is an intriguing oxymoronic amalgam of young and old, dilapidated and meticulously restored and augmented, and the timeworn and hipster-oriented. There are some simply gorgeous revamped buildings there, such as the one at 10 Barzilai Street, on the corner of Hahashmal, which is a wonder to behold.

Much of the credit for the delightful preservation work goes to architect Nitza Metzger-Szmuk, who has landed several awards for her efforts to revive the aesthetic beauty of Bauhaus edifices across Tel Aviv. Yoav Messer also put in his restoration pennyworth, for example through his sterling efforts on an Eclectic style building, originally built in 1925, lower down on Hahashmal Street.

The former Ramat Hasharon district is not just about the gloriously revived past, betwixt crumbling edifices which have yet to benefit from a restorative hand or two. The transformation of this seemingly unfashionable southern Tel Aviv neighborhood has quietly taken on a certain hipness.

Sarit Redman, who has been working at the Sefer Lakol bookstore on Barzilai Street since 1976, told me that the business was founded back in the early Sixties. Naturally, she has witnessed many of the local transitions of the last four decades, and she is well pleased with the evolution. “The population here has changed a lot, and that’s fine, that’s the way it should be,” says Redman.

The restorative work has, of course, pushed real estate prices through the roof. One woman in the know told me that an apartment in a building on Levontin Street – three or four years ago, prior to the current makeover process – was going for NIS 900,000. Today the same abode will set you back three times that.

See article by Barry Davis in The Jerusalem Post.