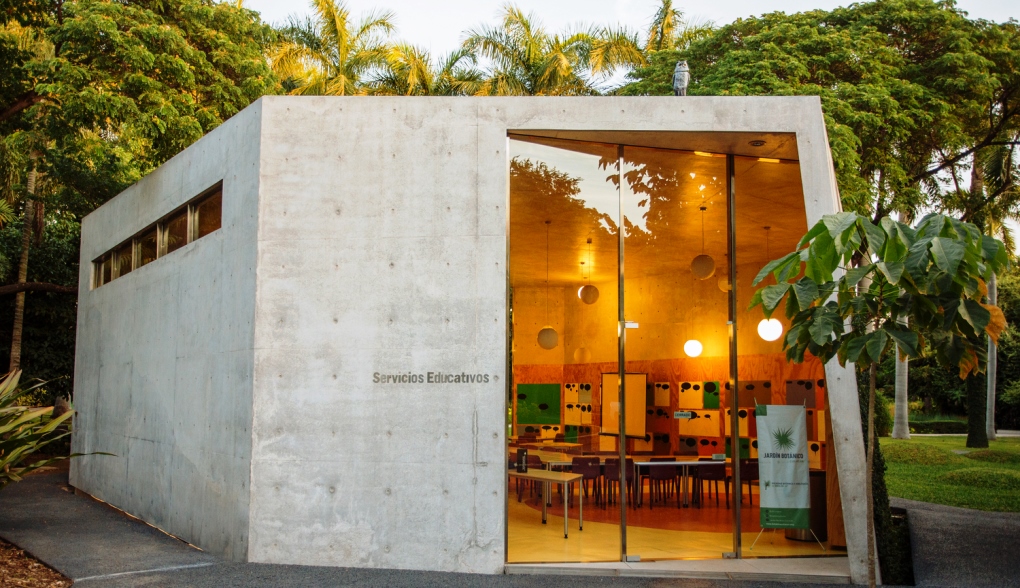 What becomes of public space once violence is normalized in a city? Though it is naive to believe that architecture by itself can present absolute solutions to complex social and political issues, it is also important to explore and understand its possibilities as an agent of social change, however small. 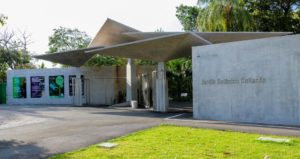 In México, the wave of violence that has arisen in recent decades is more palpable in certain regions of the country, resulting in entire communities who have been made vulnerable by a fluctuating state of insecurity.

For over ten years now, Mexican architect Tatiana Bilbao has been participating in the expansion and redevelopment of the Jardín Botánico Culiacán (Culiacán Botanical Garden) in the city of Culiacán, capital of the state of Sinaloa, and widely recognized for the drug-related violence it harbors.

This city of about 680,000 people is located in a valley at the confluence of the Tamazula and Humaya Rivers, where the two meet to form the Culiacán River. It’s in the center of the state, at about the same distance to each of the other urban centers of the state: Los Mochis to the north, Mazatlán to the south, and Altata at the west. 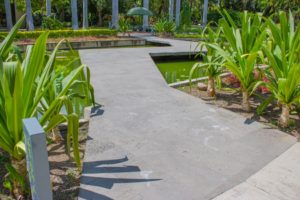 An ambitious public art project was launched in 2002 by a local businessman with an extensive private contemporary art collection. A slew of artists were commissioned to visit the site and create installations that added an artistic dimension to the space, inspiring varied reactions in its users and functioning as an aesthetic, sensorial, and intellectual experience.

Somewhat incredibly, this small city in northern Mexico is now home to a public space where one can visit pieces by internationally renowned artists such as James Turrell, Olafur Eliasson, Dan Graham, Richard Long, Gabriel Orozco, Teresa Margolles, and more. It’s a place where the beauty of Mother Nature envelops the beauty created by humans. 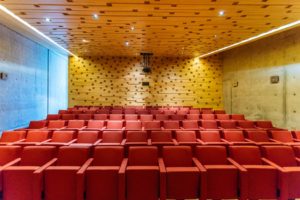 In the ArchDaily interview by Karina Zatarain linked to below, Bilbao explains why this ongoing enhancement of this well-established, yet still-evolving, new public amenity has had such a revitalizing psychological effect on the city. Here’s an excerpt:

“First, the biggest responsibility is not thinking you know everything. It’s very arrogant to arrive thinking you’re going to solve something you’re not familiar with. You must understand that out of everyone there, you have the least knowledge of the place and situation, and only by acting in this way can you offer a real benefit in your outside perspective.

In the Botanical Garden it is amazing to see how all kinds of people converge and how it has become an oasis in the middle of the city. It’s a curious thing, because it’s a fully accessible space where all social strata converge, all ages, and as I see it, it’s something of a refuge from the city. To have generated—and it wasn’t me but Carlos Murillo many years ago—a democratic space that offers interesting activities to all citizens is a very valuable contribution. 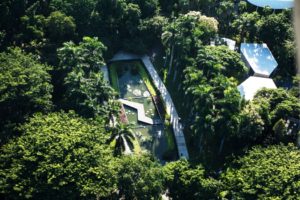 That’s what we should promote, in terms of public space: that it be a democratic space, an open space, and that it offer possibilities for all. A space that offers no resistance to whatever society decides to do with it is the best thing architecture can achieve. It’s what has really made the Culiacán Botanical Garden a success.”

Note from Storm: Sinaloa is one of the world’s most beautiful places, filled with truly wonderful people. My wife and I frequently vacation there, especially in the gorgeous coastal city of Mazatlán. While it’s certainly true that the Sinaloa Cartel is based in Culiacán, tourists should know that the violence is almost entirely confined to those directly involved in the drug trade.

Drug use in Mexico has traditionally been extremely rare, with the exception of a little marijuana. The violent drug trade that plagues their country today is entirely due to Mexico’s bad luck of sharing a border with the most drug-addicted society on the face of the Earth: the United States.

In thirty years of visiting Mexico in general, and Sinaloa in particular, my wife and I have never once been threatened in any way. We certainly feel safer there than on the streets of Washington, DC (we live across the river from DC, in Arlington, Virginia).