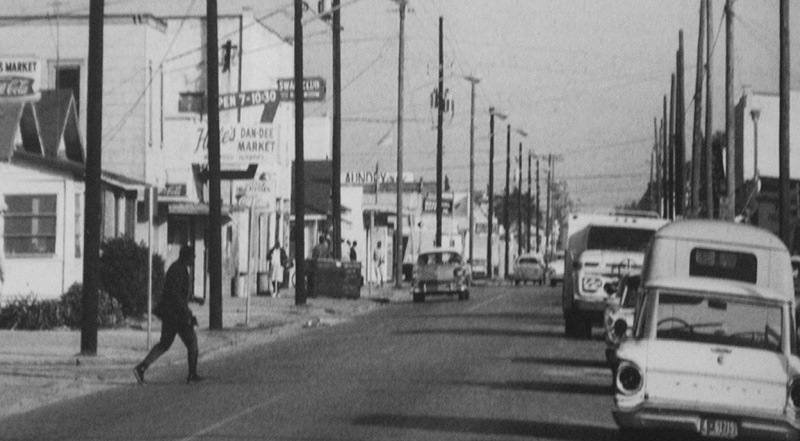 The area around 22nd Avenue South in St. Petersburg, Florida is better known as The Deuces, a historic part of the city that kept a 1960s African American community together.

“Segregation and the interstate basically killed this area,” says Gloria Campbell, who has kept her business alive in the area for some two decades.

Like minorities in hundreds of other American communities in the latter half of the 20th century, whose neighborhoods were destroyed by racist urban and highway planners, Campbell watched as Interstate-275 became an invisible dividing wall from new businesses coming into St. Petersburg and the historic Black community. “The interstate really routed people around our community,” said Campbell.

Over the past five years, she and others in The Deuces have fought to revitalize the area. The 22nd Street South Corridor is now seeing change; new businesses, updated sidewalks and infrastructure as well as new murals that show the African American heritage.

The city of St. Petersburg has been able to help put money through South St. Pete’s Community Redevelopment Area.

The Deuces Live, Inc. is a non-profit that has worked tirelessly in its revitalization efforts to create a vibrant community that attracts businesses and consumers locally while preserving the history of The Deuces. They’re committed to the revitalization of the Deuces corridor and preservation of its heritage.

In 1962, one could step out the door, cross the street and get a show shine at Cozy Inn, have lunch at the Shag, and later, get a haircut at Oscar Kleckley‘s. You could visit your attorney and buy groceries at Barco’s store; Dr. Ayer could examine you. If it was too late for that, funeral arrangements could be made at the Arch-Royal.

Now, over fifty years later, this sort of midtown experience is returning, The dream is to bring back a world-class community with old world charm & ambiance where traditions and new ideas unite.

Historic photo of The Deuces by Anonymous.