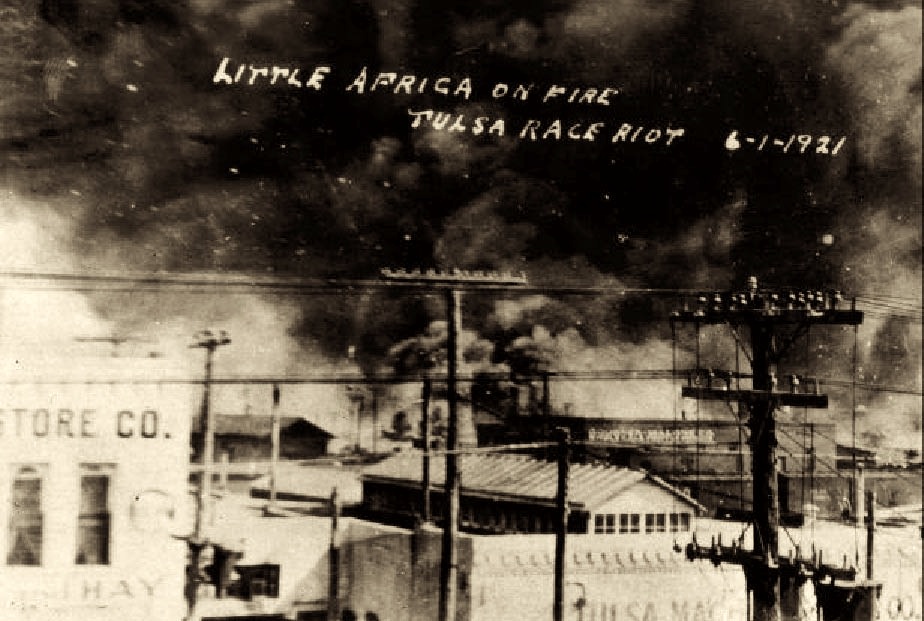 Greenwood is a neighborhood in Tulsa, Oklahoma. As one of the most prominent concentrations of African-American businesses in the United States during the early 20th century, it was known as America’s “Black Wall Street” until the 1921 Tulsa race riot.

White residents massacred hundreds of black residents and razed the neighborhood within hours. The riot was one of the most devastating massacres in the history of U.S. race relations, destroying the once thriving Greenwood community.

Within five years after the massacre, surviving residents who chose to remain in Tulsa rebuilt much of the district. They accomplished this despite the opposition of many white Tulsa political and business leaders, and despite punitive rezoning laws enacted to prevent reconstruction.

Greenwood went back to being a vital black community until segregation was overturned by the Federal Government during the 1950s and 1960s. Desegregation encouraged blacks to live and shop elsewhere in the city, causing Greenwood to lose much of its original vitality. Since then, city leaders have attempted to encourage other economic development activity nearby.

Now, a panel called Black Wall Street 2.0 will be helping local entrepreneurs learn to invest, and learn the skills, of being a business owner.

The panel wants to help young entrepreneurs with drive, like Tyreiha Walker. Just 21 years old, she and her sisters opened Wanda J’s Next Generation restaurant a few months ago. Walker’s motivation isn’t just to benefit herself, but also her community.

Photo of Black Wall Street in flames on June 1, 1921 by unknown via Wikipedia.