Professor Liu Yansui is the director of the Center for Regional Agriculture and Rural Development at the Institute of Geographic Sciences and Natural Resources Research of the Chinese Academy of Sciences. Below are a few slightly-edited excerpts from an Op-Ed he published in the July 29, 2018 issue of CGTN, plus a few excerpts from his August 2017 paper in Nature titled “Revitalize the world’s countryside“:

In the past two decades, the inadequate rural development in China has evolved into an increasingly severe “rural diseases” with the unprecedented urbanization, showing uninhabited villages, landless villages and the consequent hollowed villages, “cancer villages” and poor villages.

To revitalize China’s countryside, in October 2017, Chinese President Xi Jinping at the 19th National Congress of the Communist Party of China proposed the Rural Revitalization Strategy.

In February of 2018, China released its No. 1 Central Document of the year entitled “Opinions on Implementing the Rural Revitalization Strategy”, which draws a road map for rural revitalization.

Now, in early July of 2018, the President has called for prioritizing and implementing the rural revitalization strategy. He pointed out that rural revitalization should result in the revitalization of rural industries, talents, culture, ecology and grass-roots organization. Revitalizing countryside must follow the law of rural development, and persist in planning ahead, promoting classification and increasing investment.

The implementation of rural revitalization strategy would help to reshape the urban-rural relationship and promote the bidirectional flow and the equal exchange of population, land, capital and other elements between urban and rural areas as well as the optimal allocation of resources.

Urbanization gets a lot of attention. Most countries are expanding their cities to boost their economies and living standards1. The proportion of people living in urban areas around the world rose from 33% in 1960 to 54% in 2016, with particular growth in Asia and Africa. But the attendant rural decline barely gets a mention. In most regions, countryside communities are becoming less viable, even when their populations are slowly rising, too.

In China, for example, these trends are writ large. Last year alone, nearly 170 million peasant workers — most of whom are young and fit — left their home villages and towns for cities. Work was the main reason: the number of jobs in rural China fell by more than 20% between 1990 and 2014. Urban occupations pay better: in 2015, migrant workers earned about 21% more in cities than their counterparts in the countryside. 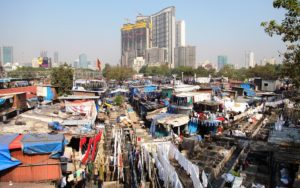 The communities that rural job-seekers leave behind are enfeebled. Fragmented families struggle to sustain small farms.

In China, 2 million hectares of agricultural land fall out of production each year; in 2015, emigrants left behind 60 million children, 47 million women and 50 million elderly people in their home villages.

More than two-thirds of China’s rural primary schools have closed in the past 25 years. Suicide rates among older people in rural parts of the country (at 47 deaths per 100,000 people) are three times US rates.

Rural decline is a global issue. From the United States and Sweden to sub-Saharan Africa, the rural–urban divide is widening. Cities attract the lion’s share of government funding, private investment and even research. For instance, since 1980, cities have received more than 70% of China’s total public and private investments in fixed assets.

The consequences are especially dire in poorer nations, where migration is driven by survival rather than by opportunity. Slums in cities such as Port Harcourt in Nigeria, Mumbai in India and Mexico City are expanding as poor and uneducated rural workers move in to seek their fortunes.