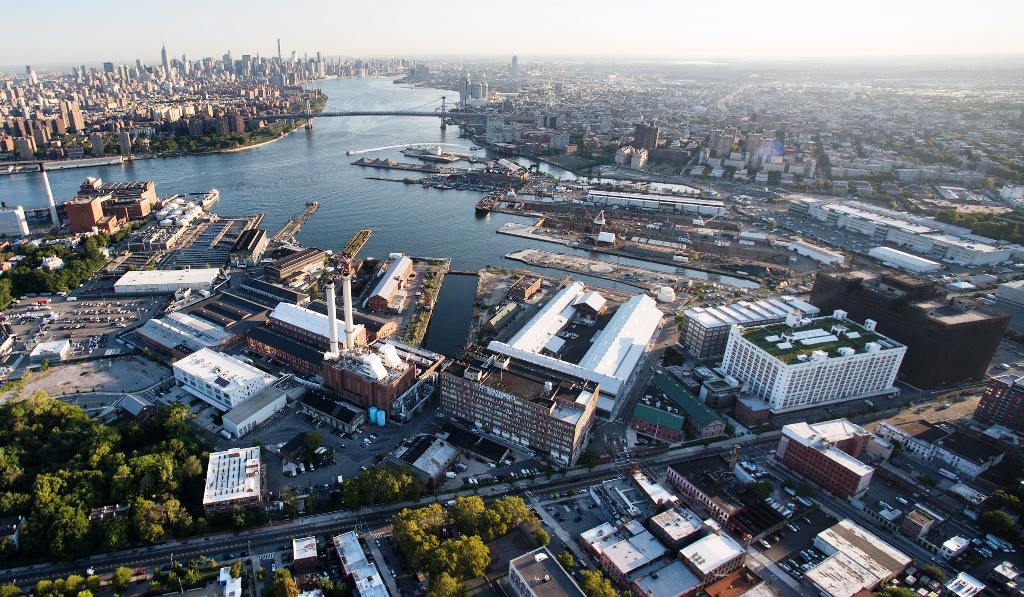 Manufacturing remains a vital part of the American economy, employing 12.75 million workers and generating broader spillover effects throughout the economy. But despite efforts on the part of the public sector to incentivize the growth of advanced manufacturing as a source of good jobs, local inner-city residents don’t always have access to them.

As part of its equitable and inclusive development framework, LISC partners with organizations that both support industrial and manufacturing districts and assist local residents to take advantage of the jobs in their backyards through workforce training and support services. 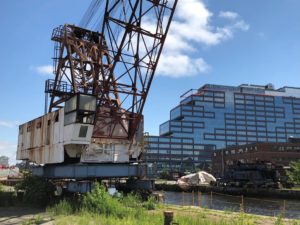 One of these partners is the Brooklyn Navy Yard Development Corporation (BNYDC), a nonprofit organization that manages operations in the Navy Yard, an industrial park located in northern Brooklyn and adjacent to three public housing developments that are home to over 11,000 residents.

In the 1980s the Brooklyn Navy Yard Development Corporation was established to manage its operations. It began to attract smaller industrial tenants to diversify the yard’s tenant base, and reflect a growing demand for space from smaller manufacturers in Brooklyn.

By the late 1990s, the yard reached a 98% occupancy rate, with over 200 small-to-mid-sized businesses employing 3,000 people, and in the early 2000s, BNYDC created an employment center to provide hiring and staffing support services to tenant businesses as well as to connect jobs in the district with residents of surrounding communities.

Today, the Brooklyn Navy Yard is home to more than 400 businesses employing approximately 9,000 workers in a variety of manufacturing, art, and technology-related industries, and its employment center places over 400 workers per year in the yard with an emphasis on local residents and historically underserved candidates. 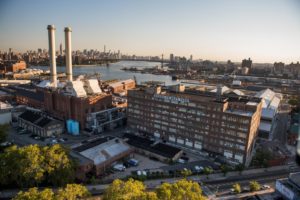 BNYDC’s commitment to providing accessible jobs to residents of nearby communities is confirmed in its placement numbers: of the total 459 job placements that took place in Navy Yard last year, over half of them (59%) went to workers whose highest educational attainment level was a high school diploma or less, and 14% went to individuals with previous experience in the criminal justice system. In addition, 84% of the workers hired live in Brooklyn and 34% are residents of the nearby public housing. Those jobs ranged from fabricators and carpenters to cost estimators in companies that ranged from manufacturers that make custom metal and woodwork for the building industry to firms providing electrical services for transit and infrastructure projects.

The Brooklyn Navy Yard offers a success story in which the economic growth of a revitalized industrial district translates into economic opportunities for the residents of surrounding low-income communities. But in spite of that success, there has been little research exploring how to integrate industrial district revitalization with local workforce development efforts.

This article by Patricia Voltolini originally appeared on the LISC website. Reprinted here by permission.