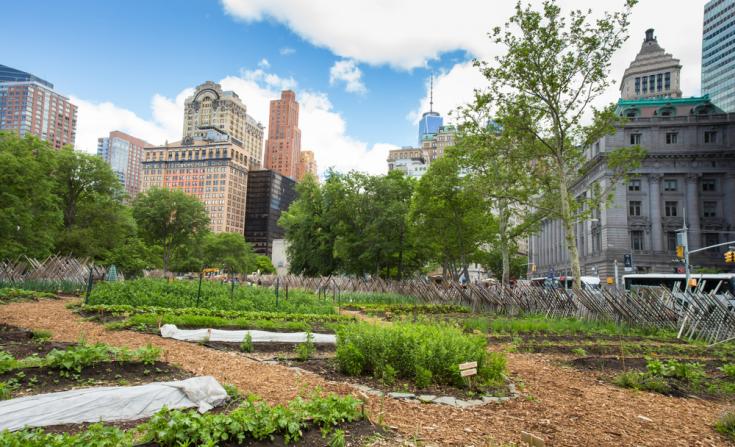 Rising Pheasant Farms in Detroit produced nearly 400,000 pounds of produce in 2014: enough to feed more than 600 people in its more than 1,300 community, market, family and school gardens.

Other farms in postindustrial cities are also prolific: In 2008, Philadelphia’s 226 community and squatter gardens grew roughly 2 million pounds of mid-summer vegetables and herbs, worth $4.9 million. Running at full bore, Brooklyn’s Added-Value Farm, which occupies 2.75 acres, funnels 40,000 pounds of fruit and vegetables into the low-income neighborhood of Red Hook.

And in Camden, New Jersey — an extremely poor city of 80,000 with only one full-service supermarket — community gardeners at 44 sites harvested almost 31,000 pounds of vegetables during an unusually wet and cold summer. That’s enough food during the growing season to feed 508 people three servings a day.

That researchers are even bothering to quantify the amount of food produced on tiny city farms — whether community gardens, like those of Camden and Philly, or for-profit operations, like Leadley’s — is testament to the nation’s burgeoning local-foods movement and its data-hungry supporters.

Young farmers are, in increasing numbers, planting market gardens in cities, and “local” produce (a term with no formal definition) now fills grocery shelves across the U.S., from Walmart to Whole Foods, and is promoted in more than 150 nations around the world.