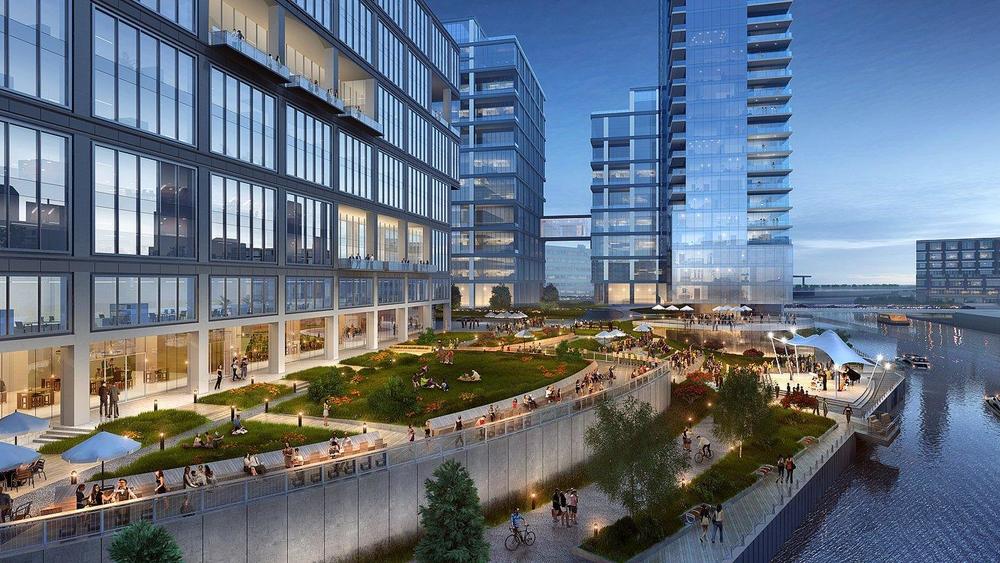 Back in March of 2015, Tribune Media (owners of the Chicago Tribune) chose Chicago-based Riverside Investment & Development as their partner to redevelop a 7-acre riverfront site at 700 W. Chicago Avenue in Chicago, Illinois.

Now, in September of 2017, the partnership has announced that the derelict site will soon feature four new buildings. One is a 610-foot, 310-unit apartment tower, with the others mostly devoted to providing over 1.2 million square feet of office space.

The neighborhood used to be purely devoted to heavy industry, but the manufacturing is long gone. The decrepit structures have been mostly demolished, the, polluted land mostly remediated, and the whole area has been rezoned for mixed use.

This, as expected, has unleashed a wave of investment in what is now becoming primate waterfront real estate. The site is across the river from the recent redevelopment at 600 West Chicago, where Groupon’s headquarters is located.

This redevelopment of 700 W. Chicago will help reconnect many neighborhoods that were formerly fragmented by the industial area. It’s near several densely populated neighborhoods, such as Bucktown, River North, Fulton Market, and Lincoln Park. 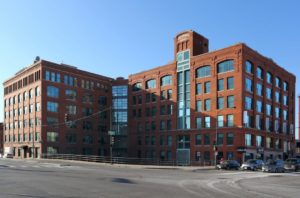 As result of this increased confidence in the future of this recently run-down area, real estate prices are booming.

This was over twice what real estate investment firm R2 paid for it in 2013.

Back at 700 W. Chicago, Architect Goettsch Partners‘ design has devoted 4.5 acres of the 7-acre site to open space.

The structures pictured in the above rendering are all accessible from street level (as opposed to underground parking garages). Multiple stairs and walkways connect the buildings to the new public spaces, and to a new riverwalk.