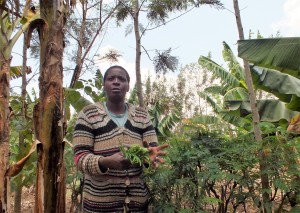 Consumer-facing companies like Danone and Mars have pledged to slash their greenhouse-gas emissions, in part by purging deforestation from their supply chains – a process that requires helping hundreds of thousands of farmers change the way they grow their crops.

This article looks at the Kenyan milk market, and see how the revival of agroforestry is restoring soils – and may slow climate change.

Prisca Mayende still remembers the lush, tree-covered countryside of her youth, when the farms in this part of Kenya, about 50 kilometers from the Ugandan border, yielded consistent harvests – year-in and year-out – of sorghum, white corn, and the dark green, kale-like sukuma wiki. Then came the sugar boom, and its bitter consequences.

“They destroyed all the trees to plant sugar,” she recalls. “And that is where the problems started.”

But then, in 2010, Mayende’s neighbors told her about a man on a motorcycle. “He was just moving around, looking for those farmers who were in groups,” she recalls. “So, when he [asked] some of the communities, they said, ‘Mama Prisca is one of the farmers who is interested in doing the agroforest.’”

As a leader of the Naikai Community Water Project, she’d been working to coordinate water-use and well-drilling, but the man on the motorcycle asked if members of her group would be interested in planting trees – lots of them – in their cornfields and cabbage patches. It was a tough sale – but not for her.

“People really feared that, maybe, when there are trees on the farm, the production cannot be good,” says Mayende, adding: “But me, I like trees.” Most farms are devoid of trees — and cows. 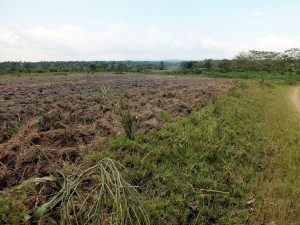 So she took the plunge, and within three years her farm was covered in trees – some fruit-bearing varieties like mango and banana, but mostly varieties like sesbania, albizia, and grevillea – which offered something fruit trees don’t.

Soon, the birds returned, and today her corn, cabbages, and potatoes are thriving – largely because the trees helped revive the soil – and she’s not alone. All across Africa, Latin America, and Asia, small farmers are replenishing soil by planting trees on formerly sunbaked row-farms; while consumer-facing giants like Danone and Mars are beginning to accelerate the process by investing in programs that support sustainable agriculture.

“We have all forgotten that food starts in soils,” said Danone CEO Emmanuel Faber at last year’s Paris climate talks – sounding more like a soil scientist than a businessman. “We have disconnected the food chain.”

To fix that, Danone spearheaded the creation of two separate Livelihoods Funds, which “create mutual value for smallholder farmers, businesses and society as a whole.” Twelve companies have put money into the programs to date, including Danone and Mars – each of which have also made high-profile deforestation commitments being tracked by the Forest Trends Supply Change project.

This article by Steve Zwick originally appeared in Ecosystem Marketplace.

He can be reached at szwick@ecosystemmarketplace.com.