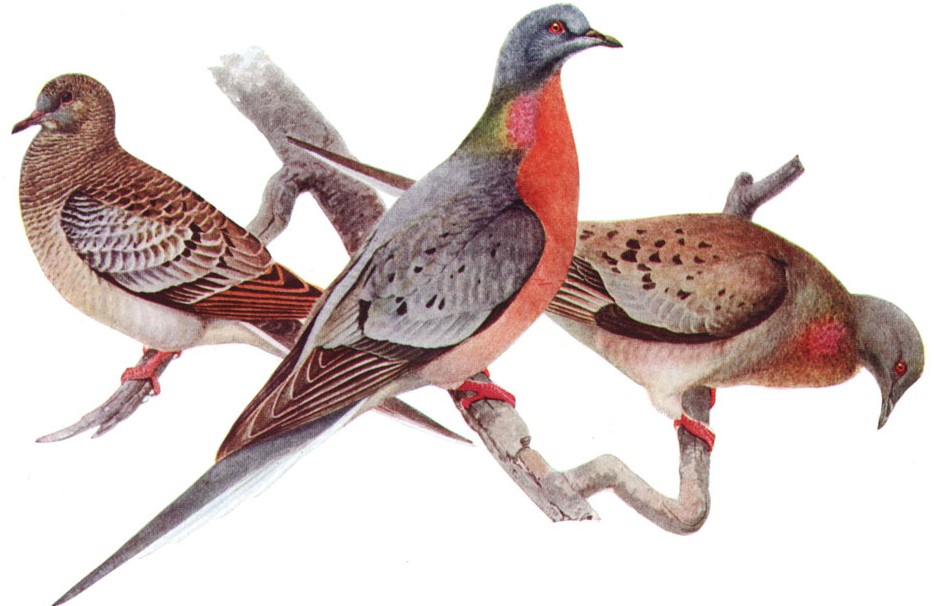 Thanks to the rapid advance of genomic technology, new tools are emerging for conservation. Endangered species that have lost their crucial genetic diversity may be restored to reproductive health. Those threatened by invasive diseases may be able to acquire genetic disease-resistance.

It may even be possible to bring some extinct species back to life. The DNA of many extinct creatures is well preserved in museum specimens and some fossils. Their full genomes can now be read and analyzed. That data may be transferable as working genes into their closest living relatives, effectively bringing the extinct species back to life. The ultimate aim is to restore them to their former home in the wild.

Molecular biologists and conservation biologists all over the world are working on these techniques. The role of Revive & Restore is to help coordinate their efforts so that genomic conservation can move ahead with the best current science, plenty of public transparency, and the overall goal of enhancing biodiversity and ecological health worldwide.

For instance, the passenger pigeon once roamed North America in flocks of almost unimaginable size. Millions at a time. So many they blotted out the sun.

And then, in a matter of decades, the flocks were gone — slaughtered by hunters, packed into barrels, and shipped to market by railroad car. Food for a nation on the march. In 1914, the last of the species, nicknamed Martha, died in a Cincinnati zoo, four years after her only companion, George. She seemed a little withdrawn at the end. A little forlorn. Visitors would throw sand to provoke a reaction.

Now, Ben Novak, founder of Revive & Restore, has emerged as one of the world’s leading advocates for “de-extinction” — using modern genomics to bring back the passenger pigeon, the woolly mammoth, and other species extirpated by spear, shotgun, or climate change.

It’s tricky. DNA that old is heavily degraded: an instruction manual torn into countless little scraps, some of them smeared with dirt and others lost forever. The aim is to piece it back together into a workable genome. In the case of the passenger pigeon, scientists are using the closest living relative — the band-tailed pigeon — as a guide.

It’s an imperfect guide. Researchers will never know if they’ve got it exactly right. But when they think they’re close, they’ll edit the passenger pigeon-like DNA into band-tailed pigeon DNA, squeeze the cells into embryos and, if everything works out, hatch passenger pigeon chicks a couple of generations later.

Novak, the lead researcher and science consultant for Revive & Restore, a California nonprofit that’s helping to coordinate the passenger pigeon effort, says the goal is to start producing birds in five years. “Not just embryos,” he says, “not test birds — but actually start generating passenger pigeons.”

Even if Revive & Restore meets that ambitious goal, it would be some time before the pigeons are released into the wild. They’d have to be trained by a flock of band-tailed pigeons specially schooled in the ways of the passenger pigeon. Later, they’d move to aviaries, where they would be slowly exposed to bacteria and other animals.

Meanwhile, their human patrons would be working to convince policy makers and the broader public to welcome back enormous flocks of the pigeons — flocks that sounded, in the words of John James Audubon, like “a hard gale at sea, passing through the rigging of a close-reefed vessel.”

The throngs weren’t just noisy, they inflicted enormous damage — particularly on the Eastern forests they overran in search of beechnuts and acorns. Picture enormous swarms of birds obliterating entire canopies, thousands upon thousands of branches snapping in a single day as a thick layer of droppings accumulated below. 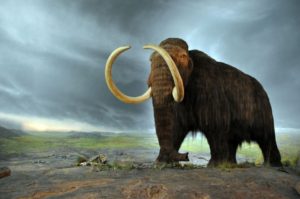 Woolly mammoth model at Royal BC Museum.Photo by Flying Puffin via Wikipedia.

Breeding more of these creatures will be a tough sell. But their destructive behavior is one of Novak’s chief arguments for de-extincting the passenger pigeon.

Like fires or tornados, passenger pigeons had regenerative effects — opening up the forest floor to sunlight, grasses, and flowers, and giving new life to animal species that had been wilting in the shade.

And then there’s the woolly mammoth…