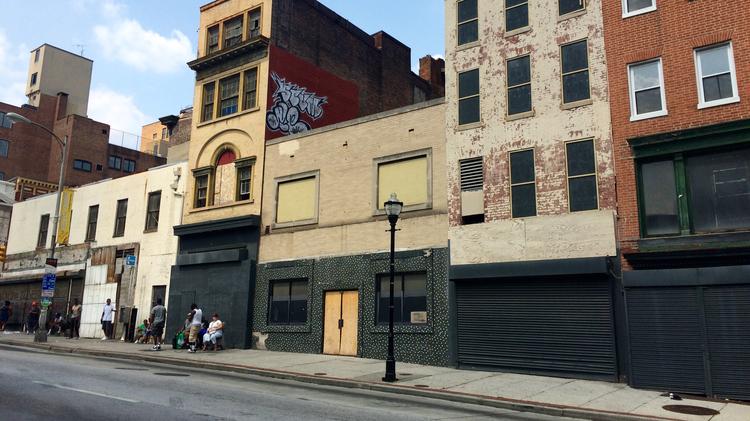 The long-stalled Superblock site on downtown Baltimore, Maryland‘s west side is finally ready for new ideas from developers, a week after a court ruling opened the door to progress on the distressed site.

The Baltimore Development Corporation (BDC) on Monday issued requests for proposals to develop 19 city-owned properties in the Bromo Tower Arts and Entertainment District, on a land parcel bounded by Fayette, Lexington and Howard streets and Park Avenue. Developers can submit proposals for all or some of the properties.

The RFP doesn’t mention the word “Superblock”, which BDC officials have said carries too much baggage.

Development of the eyesore long known as the Superblock can’t come soon enough for developer David Hillman, who owns 2,500 apartment units on downtown’s west side.

Hillman said his company Southern Management Corp. loses $1 million a year on his luxury apartment building across the street from the Superblock. The area is run down and teeming with boarded-up buildings, contributing to high turnover in his tenants and low rental rates.

The 108,000-square-foot site at Lexington and Howard streets includes several historic buildings. The BDC, a quasi-public agency, is hoping for responses from developers experienced in adaptive reuse. As expected, the city is opening up the project to multiple developers, rather than requiring one developer to take on the entire site.

“Redevelopment of these properties into vibrant mixed-use projects with active storefronts and other ground-level uses will continue the momentum resulting from investment and activity in the surrounding areas,” he continued. The RFP is “a good start,” Hillman said. “So many of those buildings are just architecturally unique. It could turn into a very viable neighborhood.”

Redevelopment of the site had previously been delayed by two lawsuits.