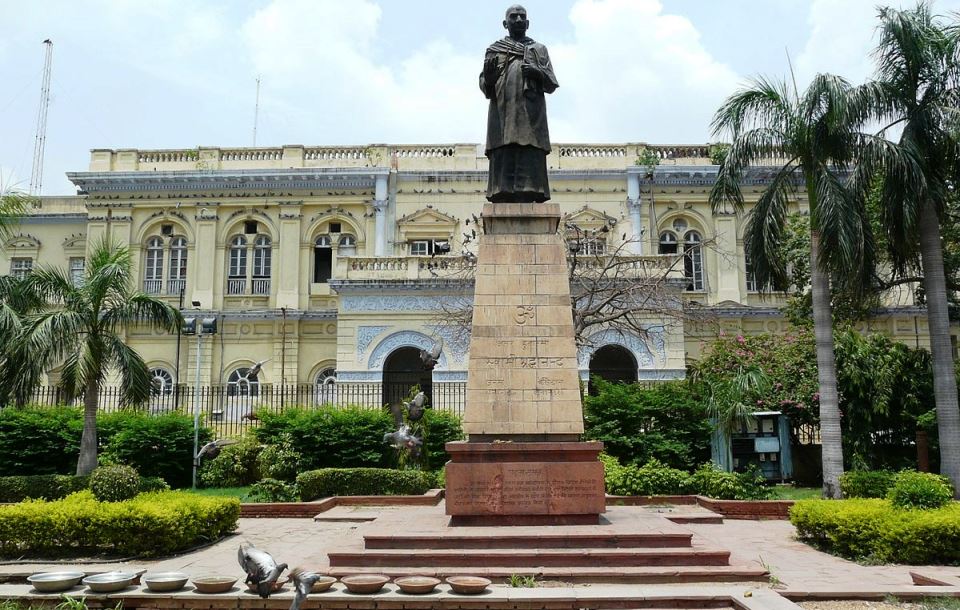 The Delhi Town Hall is a landmark building, at Chandni Chowk in Old Delhi, India. It was the seat of the Municipal Corporation of Delhi (MCD) from 1866 during the British Raj till late 2009, when offices shifted to the new MCD Civic Centre in Central Delhi.

Construction of the building started in 1860, and was completed in 1863. It is constructed out of yellow-painted brick and stone, and carved white stone trim. It was initially known as Lawrence Institute and housed Delhi College of Higher Studies, before it was bought by the municipality in 1866. Besides government offices, the building also had a library and a European club.

Originally a bronze statue of Queen Victoria stood in front of the hall. After independence in 1947, it was replaced with a statue of the Arya Samaj leader Swami Shraddhanand. The location is officially termed Ghantaghar after a clock tower that once stood here.

Now, the North Delhi Municipal Corporation (NDMC) in Delhi, India seeks a consultant for preparing a fresh restoration plan for the iconic 150-year-old Town Hall in Delhi, and is likely to publish an RFP during the first week of August, 2017.

The redevelopment plan seeks a conservation of the Victorian-era mansion that will house a museum, retelling the history of Delhi, the centerpiece of the attractions that are to be built.

“The process had already begun. We have prepared the RFP (Request For Proposal) for the project for inviting bids from consultants and the tender for selecting the consultant should be out by next week,” says a senior official of the NDMC on July 23, 2017.

After its Centre-funded restoration plan got shelved, the new North Delhi Municipal Corporation has decided to redevelop the historic landmark through a public-private partnership model.