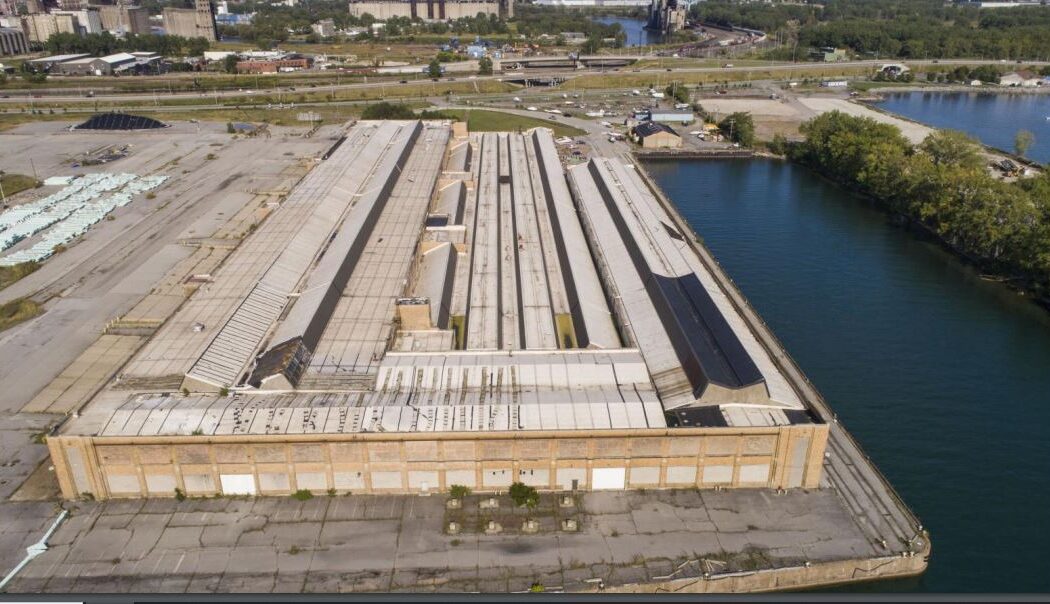 On December 1, 2022, New York Governor Kathy Hochul announced a Request For Proposals (RFP) to redevelop the building known as Terminal A on Buffalo‘s Outer Harbor, an approximately 550,000-square-foot building that has been vacant for years.

This RFP presents an opportunity for experienced real estate redevelopers to purchase and transform the main terminal and three adjacent buildings into a unique waterfront destination, located at 901 Fuhrmann Boulevard.

City of Buffalo Mayor Byron W. Brown said, “The transformation of Terminal A will add to the progress we’ve made over the years developing the Outer Harbor and the Canalside areas. The Outer Harbor has become a destination, not just for area residents, but for those who visit our wonderful city. I’d like to thank Governor Kathy Hochul for her continued commitment to our city.”

“Terminal A is a massive vacant structure that has tremendous potential to become a destination that builds on the success of other Outer Harbor improvements,” Governor Hochul said. “Now is the time for Buffalo to take advantage of this unique and historic architectural asset, much like what has occurred with large terminals in other waterfront cities. We look forward to seeing the creative proposals submitted for transforming the property into a destination that will attract visitors to the water’s edge while also providing a unique place to live and thrive.”

Empire State Development President, CEO, and Commissioner Hope Knight said, “Governor Hochul’s vision for the redevelopment of Terminal A represents yet another step in the dramatic revitalization of Buffalo’s waterfront. We have seen how the Outer Harbor has become a must-see destination, benefiting from smart investments that have not only generated jobs, but have created pride in a place where people want to live, work and visit.”

Terminal A is a steel-framed, brick veneered structure that was constructed in 1930-1931. The building comprises a high-bay storage area along the south side, first and second floor storage space, and an office area on the east end of the building.

The building was designed by notable architect Albert Kahn for the Ford Motor Company. Terminal A was designated a local landmark in 2019. Also included in the sale are nearby support buildings known as the Administration Building, Fire Pump House, and Blue Building.

The support buildings comprise the following:

The lakefront property includes 1720-linear-feet of vertical seawall and approximately 4.2 acres of deep-water slip along the southern edge.

Erie Canal Harbor Development Corporation Chairman Robert Gioia said, “The redevelopment of Terminal A will take the Outer Harbor to the next level as an urban waterfront location. By taking advantage of this unique architectural gem we will generate more visitors, attract first time residents, and increased activity – all while ensuring the Outer Harbor as a year-round destination.”

In 2021, the Erie Canal Harbor Development Corporation (ECHDC) adopted a $150 million General Project Plan (“GPP”) for nearly 200-acres of the Outer Harbor. The Phase 1 improvements, located north of the development site, are already underway at a cost of $43 million. The GPP can be found here.

The complex will consist of an open-air stage with a sloped lawn toward the stage that can accommodate up to 8,000 visitors. Adjacent to the Terminal B complex is the Lakeside Bike Park that was opened in 2019. This public bike park includes three urban mountain bike courses, a skills course and a pump track. Situated between the bike park and Terminal B is the Great Lawn, an over 3 acre open lawn that is suitable for a variety of passive activities. Each of these elements are connected by portions of the Greenway Trail and pedestrian walkways.

Further to the north along Fuhrmann Boulevard are several other passive recreation sites that are owned and controlled by ECHDC. These are Bell Slip, Wilkeson Pointe, and First Buffalo River Marina. Bell Slip is situated at the midpoint of the ECHDC property. Thanks to an acceleration of public funding that Governor Hochul spearheaded and announced in August, construction will begin in 2023 at this site to improve visitor parking, improve pedestrian trail connections, provide an overlook at the edge of Bell Slip, and construct a public restroom building.

Plans are under design to improve the amenities offered at Wilkeson Pointe. In 2024, construction will begin on a new building that will offer food and beverages, as well as restrooms. The building will have a beach seating area and located adjacent to the recreation fields. The parking lot at Wilkeson Pointe will also be improved to reduce overlap with the bike trails. First Buffalo River Marina has over 100 boat slips for personal recreation and water access.

Although not immediately adjacent, the Buffalo Harbor State Park and Sun Life Marina are located just south of the development site. The marina has 1,000+ boat slips and has seen nearly $35 million in public and private investment over the past five years.

Representative Brian Higgins said, “Today Terminal A sits as vacant, blighted remnants of Buffalo’s industrial past. The process of returning this historic structure to private ownership is necessary in order to trigger Federal Historic Tax Credits that support the preservation and transformation of this historic resource as a new, exciting destination that builds on our continuing waterfront progress. Federal Historic Tax Credits, which would account for 20% of total redevelopment costs, have been a major catalyst for the redevelopment of downtown Buffalo, triggering approximately $1 billion in development activity in the region.”

State Senator Tim Kennedy said, “The RFP for the redevelopment of Terminal A presents a unique opportunity for those looking to build on the successes of Buffalo’s revitalized waterfront. Governor Hochul and New York State have continued to prioritize the enhancement of the Outer Harbor and Canalside, and this project will only strengthen the momentum and investment we’ve already seen.”

Respondents to this RFP may propose any mix of uses that will advance the redevelopment goals and meet all the development requirements described in the RFP.