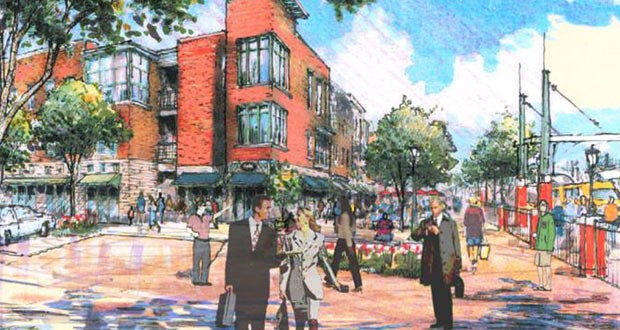 The city of St. Louis Park, Minnesota will issue an RFP for the redevelopment of the Wooddale Avenue Station site on August 7, 2020. The intent is to find a development partner to help turn the area into a mixed-use, transit-oriented redevelopment with significant amounts of affordable housing. The RFP —which is in draft form as of the date of this publication (July 30, 2020)—will be issued by the St. Louis Park Economic Development Authority (EDA).

Greg Hunt, the city’s economic development coordinator, says that the 1.6-acre redevelopment site is “literally at the doorstep of the Wooddale LRT transit station,” which is under construction as part of a $2 billion Southwest Light Rail Transit project.

Light rail service is scheduled to start sometime in 2023.

A public plaza or community space with unique community landmark or feature also is among the requests that include high quality site amenities, public art, and connections to nature through green features.

The city has long had plans for a transit-oriented redevelopment next to this extension of the METRO Green Line. The selected developer team will be expected to collaborate with the SWLRT Project Office (SPO) to come up with a design that seamlessly integrates with the station, and without altering SWLRT’s planned improvements.

Redevelopment proposals will be due by October 9, 2020.