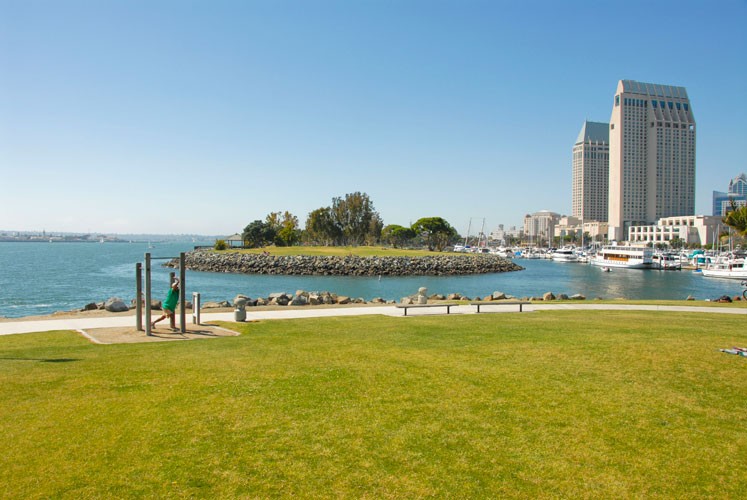 Plans to convert nearly 70 acres of waterfront between USS Midway and the San Diego Convention Center into a “world-class” destination could soon be coming into focus as the Port of San Diego started the vetting process to determine the developer for the district’s ambitious redevelopment project.

The Port of San Diego (California) is soliciting proposals from well-qualified development teams to shape and develop up to 70 acres of waterfront property adjacent to downtown San Diego.

The Port issued the Request for Proposals on February 22, 2016 seeking market-feasible development ideas to enhance the destination for visitors and San Diegans.

“The San Diego waterfront is one of our region’s most significant and precious assets and the Port is entrusted with stewardship of this public land for the benefit of all,” said Marshall Merrifield, Chairman of the Board of Port Commissioners. “This is an opportunity to reimagine this area with waterfront development to attract and benefit both locals and visitors to San Diego Bay.”

Made up of approximately 40 acres of land and 30 acres of water, the site is geographically known as the Central Embarcadero in one of the nation’s top metropolitan real estate markets. It includes Seaport Village, Chesapeake Fish Company and surrounding areas between the Manchester Grand Hyatt and the USS Midway Museum.

“Any future development proposal should consider … improvements to or relocation [or] consolidations of existing facilities and optimization and expansion of infrastructure … to support future growth and greater efficiency for the commercial fishing industry,” port staff stated.

Potential uses could include a waterfront arts and entertainment district, hotels, retail and restaurants with significant architectural elements and features, multi-purpose public spaces, water oriented facilities and enhanced commercial fishing operations. Parking and mobility improvements are requested to be included in proposals.