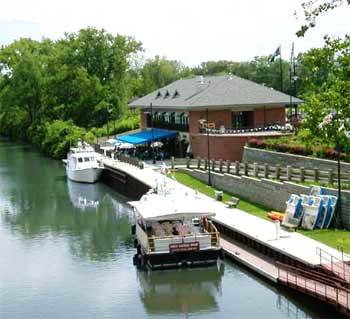 On July 30, 2018, Utica, New York Mayor Robert Palmieri announced that the City of Utica, in partnership with the Utica Industrial Development Agency, had issued a Request for Proposals (RFP) for the purchase and redevelopment of the Utica Historic Marina located at 16 Harbor Lock Road.

The city-owned building at the marina was constructed in 2001 on property leased by the City from the NYS Canal Corporation. Seeing an opportunity for economic development, Mayor Palmieri worked with the Canal Corporation and other State partners to inquire about selling the land to the city thereby allowing the building and the land to be sold together.

Mayor Palmieri stated, “The benefits of the city purchasing the land surrounding our facility at the marina is a win-win as it enables us to market the entire property which makes it appealing to investors. Selling the property to proven developers will expand our tax base, reduce city expenditures and provide a unique opportunity for economic development.”

Proposals are due by 3:00 pm on Thursday, September 6, 2018 to J. Michael Mahoney, Secretary to the City of Utica Board of Contract & Supply.

Photo courtesy of the City Of Utica.