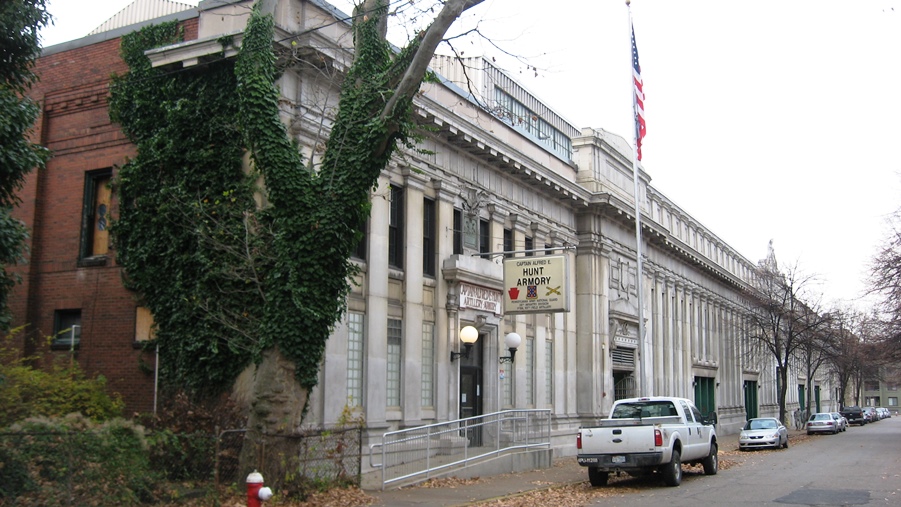 The goal of this reissued RFP is to select a Redeveloper who has both the ability to purchase the Site and to complete a unique large scale redevelopment project that preserves the Site’s historical significance. The community’s suggestions for reuse have included, but are not limited to: residential, recreational, office, event, film production studio, and/or commercial space.

The Urban Redevelopment Authority (URA) of Pittsburgh, Pennsylvania acquired the Hunt Armory from the State of Pennsylvania and plans to redevelop the property.

Acquisition by the URA has a number of benefits. If the armory were simply sold by the State, they would be required by law to sell to the developer who offered the highest bid. The URA, however, can ask developers to submit proposals for the site, gather community input, and choose a proposal they feel will provide the most benefit for the community and the City of Pittsburgh.

Pittsburgh Urban Redevelopment Authority board members authorized a new round of proposals for the conversion of the historic East End site on February 9, 2017, but made it clear that any plan brought before them must be financially viable. An ice rink is “still on the table” but that won’t be the only idea the city will consider for the redevelopment of the armory.

Their decision comes more than six months after a proposal to redevelop the building into an Olympic-size ice rink fell apart when the developer was unable to secure the necessary financing for the project.

Photo of Hunt Armory by Nyttend via Wikipedia.

See February 9, 2017 article by Mark Belko in the Pittsburgh Post-Gazette.