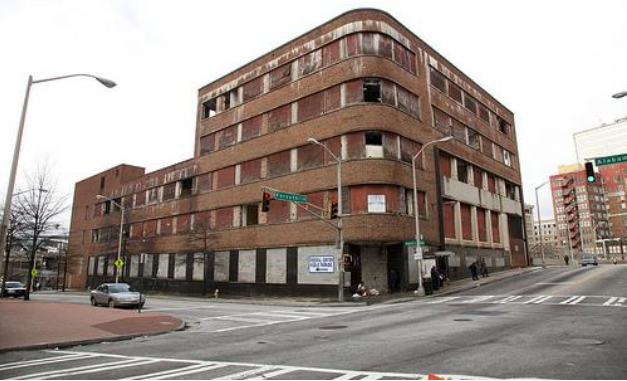 Atlanta, Georgia’s economic development agency is seeking bids from developers interested in buying and renovating a downtown building once used as a printing facility for the Atlanta Constitution newspaper.

Invest Atlanta announced Wednesday it has issued a request for proposals contemplating two potential redevelopment scenarios for the 95,000-square-foot building at 143 Alabama St.

The Site is located in what is known as the “railroad gulch” and is a short distance from Philips Arena, home of the Atlanta Hawks, and immediately across the street from the Five Points MARTA Station.

In addition, the Site is just a short walk from Underground Atlanta, which is currently proposed to be sold and transformed into a $350+ million mixed-use project. Georgia State University, undergoing a rapid expansion, is located just to the east of the area. Immediately south of the Site is the South Downtown neighborhood which features a mix of mostly vacant and underutilized historic commercial buildings and government institutions.

The City has undertaken extensive analyses of the subject site, principally as part of the proposed MMPT. An extensive building assessment was conducted in 2012 by JW Robinson & Associates. A copy of the Building Assessment is available on the Invest Atlanta website. The most recent analysis was conducted by the City of Atlanta’s Department of Planning and Community Development in 2016, when the Department engaged the Urban Land Institute (ULI) to complete a Technical Assistance Panel focusing on the structure at 143 Alabama Street.

The Panel enthusiastically recommended that the City of Atlanta harness the historic and symbolic value of the property to set a national example of a city-led adaptive reuse projects, while using a portion of the completed project to house a new consolidated building permit center that will showcase a new culture of government, changing what it means to “do business” with the City.