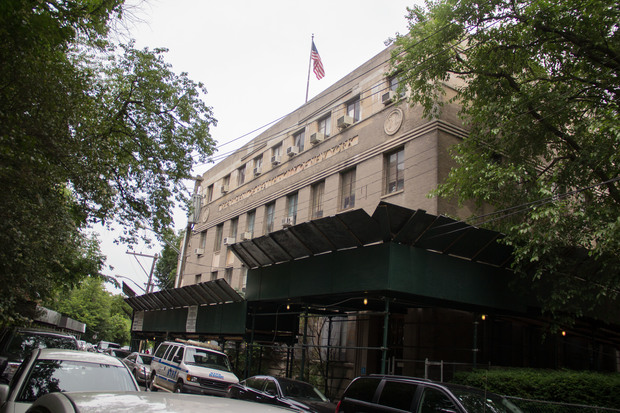 The New York City Economic Development Corporation (“NYCEDC”) seeks proposals (“Proposals”, each a “Proposal”) from qualified developers for the redevelopment of 55 Stuyvesant Place, a historic municipal office building (the “Building”) located in the heart of the North Shore of Staten Island (the “North Shore”). The Building is owned by the City of New York (the “City”) and available for purchase or lease.

55 Stuyvesant Place is a five-story, 37,675 square foot Art Deco building. Constructed in 1935, the Building was designed by Henry C. Pelton, who was also responsible for Riverside Church, Park Avenue United Methodist Church and a multitude of buildings in New York City.

The Building features two elevators and separate stairwells and entryways which provide access to double-loaded corridors, high ceilings and floors with waterfront views. The floor-plates range from 4,000 – 6,000 square feet and have potential for a variety of layouts. The Building is a centrally-located City-owned asset in support of an emerging cluster of innovative technology and creative businesses in Downtown Staten Island.

NYCEDC plans to select a developer on the basis of factors stated in the RFP which include, but are not limited to: the economic impact of the project on New York City, the response team’s qualifications, the project’s financial feasibility, and the degree to which the project is complementary to the surrounding community.

NYCEDC will show preference for quality proposals that support creative, media and/or technology uses that enhance the neighborhood’s transformation as a center for information, aim to strengthen and revitalize the urban context of the Site, propose a design and program that enhances connections to and accessibility for the surrounding community and strive to achieve design excellence.