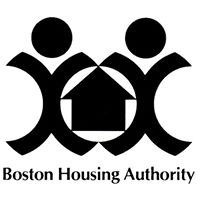 The award and anticipated conveyance via ground lease of the parcels is subject to approval by the U.S. Department of Housing and Urban Development.

Only proposals for rehabilitation will be considered under this RFP.

RFP packages are available via email request to bids@bostonhousing.org free of charge. Hard copy RFP Packages may be obtained for a non-refundable fee of $100.00 payable by check or money order to the BHA on or after 7/29/2015 from the BHA, Contract Office, 6th floor, 52 Chauncy Street, Boston, MA 02111. The RFP package will be mailed to prospective respondents upon request for an additional $15.00 fee. A non-mandatory pre-proposal conference will be held on 8/24/2015 at 11:00 am on the 11th Floor of the BHA’s offices at 52 Chauncy Street. Proposals will be received at the above address until 2:00 pm 10/14/2015.

Questions or requests for modifications regarding this RFP will be accepted in writing only until 2:00 pm on 8/26/2015 and must be submitted to Dan Casals, Deputy Administrator, BHA, 52 Chauncy Street, 6th Fl., Boston, MA 02111 or via email to bids@bostonhousing.org or via facsimile to 617-988-4292. The BHA reserves the right to reject any proposals and waive any informalities if it be in the public interest to do so.