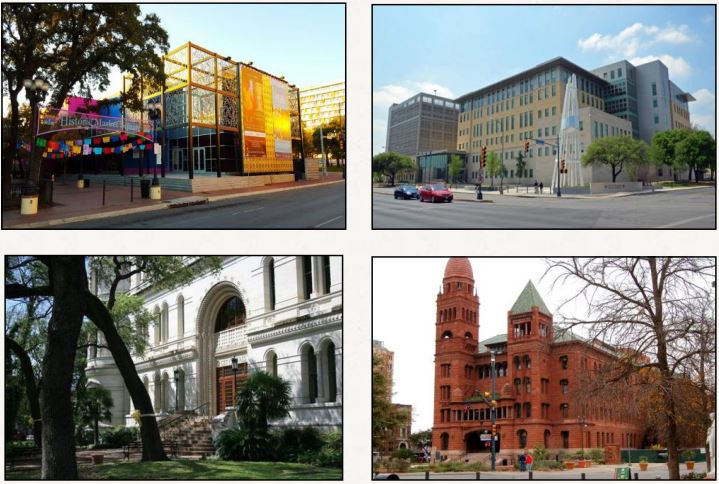 The city of San Antonio and Bexar County, Texas are putting 7.17 acres of prime downtown real estate up for grabs in an effort to build on a recent surge of development in the area.

On April 6, 2016, the city and county issued a request for interest in the properties, including a few parking lots and the county fire marshal’s office as well as the Continental Hotel, which is currently the headquarters of the Metropolitan Health District.

Message from Mayor Ivy R. Taylor: “Our city has experienced a rapid resurgence of activity in the center city over the past decade ranging from the revitalization of parks and civic space to the redevelopment of underutilized assets in the downtown area. This resurgence of activity is not simply the product of an increase in market demand for some form of generic urban lifestyle, but more importantly, the result of people choosing to live and work in an urban center and community that is culturally vibrant and full of opportunity.

With that in mind, it is with great excitement that the City of San Antonio and Bexar County have decided to work in concert with one another to offer an extremely unique opportunity to re-imagine and redevelop over 7 acres of property located directly in the heart of our downtown. These properties lie prominently along the banks of San Pedro Creek and adjacent to the historic civic center of our city.

They are representative of the juxtaposition of the old and new in downtown San Antonio, as they are surrounded by both long-standing historical assets like Plaza de Armas and recently inspired developments like the much anticipated Weston Urban, Frost Bank and City partnership, which will result in the first downtown office tower to be built in over 25 years, the consolidation of City offices and the addition of at least 265 housing units.

We look forward to reviewing ideas for redevelopment in this critical section of the urban core and continuing to support the positive momentum of innovative growth in downtown San Antonio.”