The Kentucky Division of Abandoned Mine Lands (AML) recently sought economic and community redevelopment proposals that will attract new industry and jobs to Kentucky’s Appalachian counties.

The 2020 Abandoned Mine Land Pilot Program has $25 million in federal grant money available through the Kentucky Division of Abandoned Mine Lands for projects in Appalachian counties with historic coal mining sites that will create long-term economic benefits. 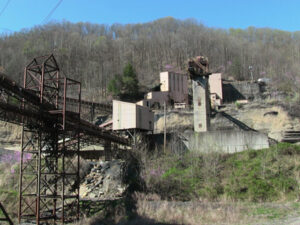 Since 2016, 43 projects in 21 counties have been selected for the pilot program. Notable projects include a high-tech training facility in Johnson County, a drone R&D and test facility in Perry and Knott counties, a sport-shooting and archery resort park in Letcher County, the Impact Outdoor campground in Clay County, the Pikeville Medical Center Pediatric Clinic and the Appalachian Wildlife Center in Bell County.

“The pilot program, now in its fifth year, is a tremendous opportunity for leaders in Appalachian counties to determine projects that will grow a healthy and economically sustainable future,” said Governor Andy Beshear.

U.S. Rep. Harold “Hal” Rogers (KY-05) has championed $540 million in federal funding for the AML Pilot program since 2016, of which $130 million has been awarded to Kentucky.

“This funding provides a launching pad for economic development in parts of Eastern Kentucky where we face the greatest challenges to job creation,” Congressman Rogers said. “Our former coal mining land helped fuel our economy for generations and this program aims to restore some of the same land to help create jobs and promote tourism growth in our region once again.”

Eligible grant recipients were limited to state and local governments, who may subcontract project related activities as appropriate.

Photos courtesy of Kentucky Division of Abandoned Mine Lands.