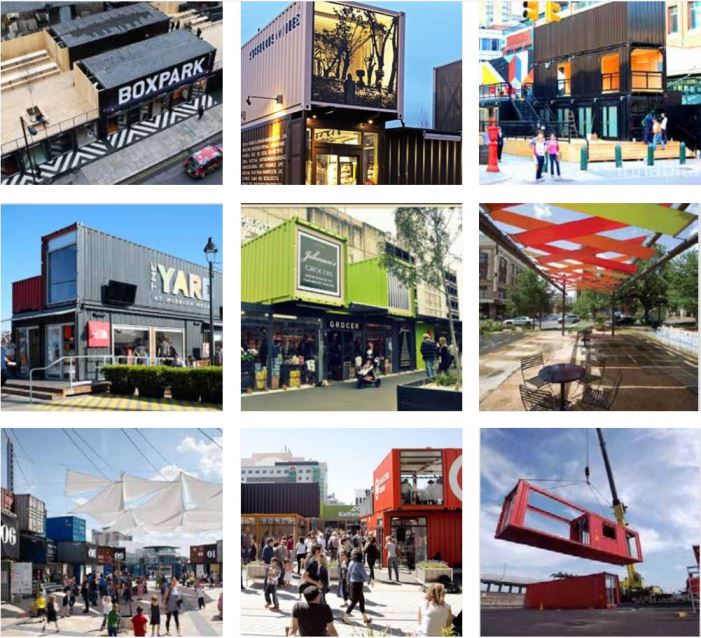 The consultant must demonstrateprevious experience with container based structures at all phases of development including schematic design, design development, and the construction procurement process.

It is the goal of BBC to hire a consultant that establishes a set of approved technical specifications and construction drawings fora modular product line of habitable container structures.

Burten, Bell, Carr Development, Inc.: BBC is the lead entity in the creation of the Container Retrofitting Business, is a nonprofit neighborhood development organization founded in 1990 that serves the Central and Kinsman neighborhoods of Cleveland, Ohio. The mission of the organization is to empower citizens, and revitalize blighted and underserved communities.

In recent years, BBC’s work has evolved to include the areas of health and wellness, sustainability, greening, education, and workforce development. Since 2008, BBC has embraced social enterprise development focusing on sustainability, successfully chartering the massive land assembly of the Green City Growers Hydroponic Greenhouse site and spearheading the Urban Agriculture Innovation Zone.

Evergreen Cooperatives: Launched in 2008 by a working group of Cleveland-based institutions (including the Cleveland Foundation, the Cleveland Clinic, University Hospitals, Case Western Reserve University, and the municipal government), the Evergreen Cooperative Initiative is working to create living-wage jobs in six low-income neighborhoods, with a median household income below $18,500, in an area known as Greater University Circle.The initiative was designed to create an economic breakthrough in Cleveland. Rather than a trickle-down strategy, it focuses on economic inclusion and building a local economy from the ground up.

Rather than offering public subsidy to induce corporations to bring what are often low-wage jobs into the city, the Evergreen strategy calls for catalyzing new businesses, owned bytheir employees. Rather than concentrate on workforce training for employment opportunities that are largely unavailable to low-skill and low-income workers, the Evergreen Initiative first creates the jobs, and then recruits and trains local residents to fill them.

Consultant qualifications will be accepted until March 14, 2016.