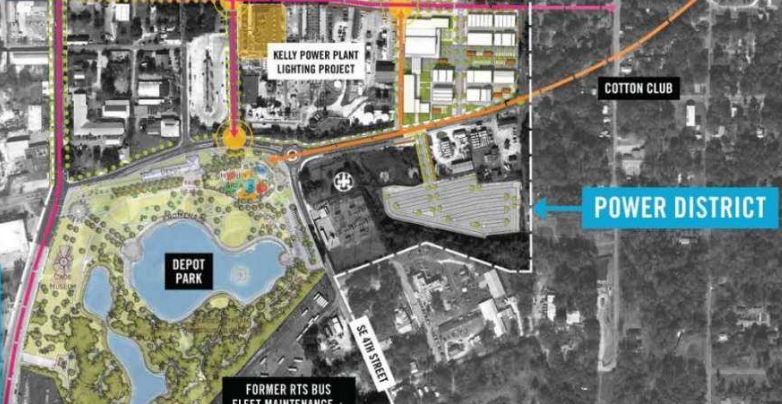 The City of Gainsville, Florida wishes to pre-qualify developers/teams to begin implementation of the Power District, a unique urban redevelopment project of a series of vacant properties into an active, eclectic, pedestrian friendly and economically sustainable district.

The purpose of this Request for Qualifications (RFQ) is to solicit statements of qualifications from developers and/or teams of developers (“Statements”) for the acquisition and development of certain parcels of land located within the CRA’s Downtown Redevelopment Area.

Only pre-qualified developers or developer teams selected during this process will be allowed to participate in subsequent Request for Proposal (“RFP”) solicitations.

The RFQ process will include two consecutive stages. The first stage is the Response to this RFQ which is to determine that the Respondent has the qualifications required, and provides a general conceptual approach that demonstrates an understanding of the goals and objectives of the City. The second stage occurs via specific project RFP(s) once a shortlist selection of qualified developers has been made via this RFQ. The preference is an eventual sale of the Site through a subsequent request for proposal(s) (the “RFP”) open only to developers or development teams who are prequalified through this RFQ. Based on the feedback received as a result of this RFQ process the City anticipates crafting subsequent RFP(s) that will trigger the initial phases of development and land transfers.

The Respondents should feel free to submit their determination of conceptual approaches to the future project. The City is flexible in terms of the phasing, development configuration, the density that is appropriate for the site, the uses, and the street network. The CRA has obtained land use approval but the development plans must still comply with the City’s regulatory review process. Although “in-house” conceptual plans have been created for the Power District via the 2013 Redevelopment Plan, a unique approach that satisfies the goals of the Power District and enables the developer/development teams to be creative with their concept is desired as the 2013 plan doesn’t prescribe specific land-uses or represent the maximum density that is allowed through the current land use/zoning entitlements.