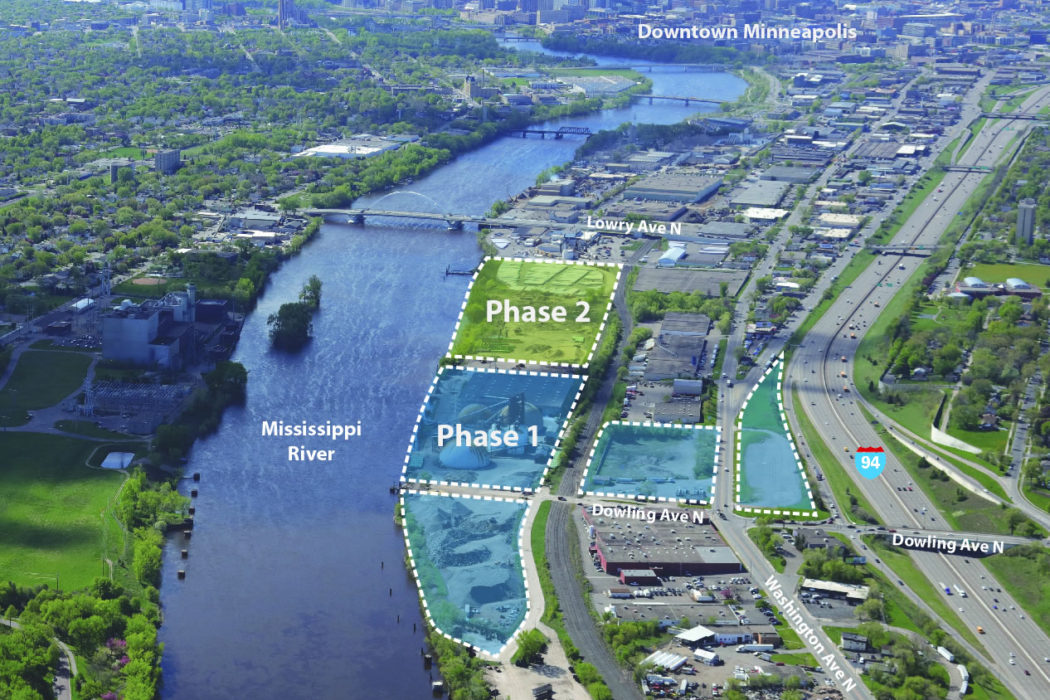 A section of north Minneapolis, Minnesota could be completely changed in the next few years.

The Upper Harbor Terminal is a 48-acre parcel of land owned by the City of Minneapolis along the Mississippi River in North Minneapolis.

It has operated since the 1960s as an inter-modal barge shipping terminal, but soon will be redeveloped to a mixture of park, business park and mixed uses.

The City of Minneapolis and Minneapolis Park & Recreation Board (MPRB) are working together to redevelop the City-owned Upper Harbor Terminal (UHT) site.

Located along the Mississippi River, generally between the Lowry Avenue and Camden bridges, the site is the largest remaining single-owner development opportunity along the River in Minneapolis. 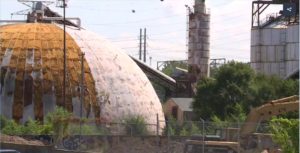 The site is just over two miles from downtown Minneapolis and also offers excellent freeway access. The redevelopment goal is to transform this 48+ acre site from its historic use as a barge shipping terminal to a combination of riverfront park amenities and private development.

Both the Park Board and city leaders want to redevelop the waterfront along the Mississippi River on the west side, from Lowry Avenue to just north of Dowling Avenue.

“It is an eyesore when you look out your front window or back window, for some people, and you don’t see just the beautiful river with all of the lights and the bridge,” said Heather Kuikka, board chair of the mostly industrial McKinley neighborhood.

“We don’t have a lot of walkability in our area right now. We don’t really have any green space,” said Kuikka.

The city wants a private redeveloper to turn the site into a waterfront destination within the next several years, possibly including restaurants, and a park.

As outlined in more detail in the RFQ, a mandatory pre-submission meeting and tour will be held on August 31, 2016, and RFQ submissions from interested parties will be due October 14, 2016.