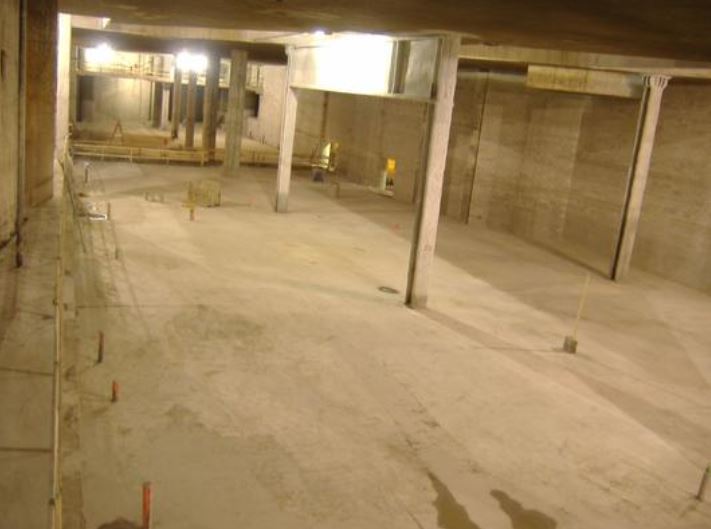 Mayor Rahm Emanuel announced today that the city of Chicago, Illinois in coordination with the Chicago Infrastructure Trust (CIT) will issue a Request for Qualifications (RFQ) for respondents to present their qualifications to design, build, finance, operate and maintain an O’Hare Express operating system through a public-private agreement with the City.

The project aims to deliver express service that would take 20 minutes or less to travel from downtown Chicago to O’Hare International Airport (ORD), cutting more than 50 percent off current travel times.

It also hopes to bring a dead “white elephant” back to life: the Express line might use the so-called Block 37 CTA superstation, a $400 million, unfinished transit facility under the city center.

“Express service to and from O’Hare will give Chicagoans and visitors to our great city more options, faster travel times, and build on Chicago’s competitive advantage as a global hub of tourism, transportation and trade,” said Mayor Emanuel. “More than a century ago, Daniel Burnham encouraged Chicago to ‘make no little plans,’ and today Chicagoans continue to make big and bold plans with an eye towards the future. Strengthening connections between the economic engines of downtown Chicago and O’Hare airport, at no cost to taxpayers, will build on Chicago’s legacy of innovation and pay dividends for generations to come.”

The RFQ was issued November 29, 2017, and is the next step to create a fast and convenient travel option for travelers to travel directly from ORD to downtown Chicago, following analysis from a working group formed last year to determine the feasibility of such a project. The working group studied demand for ridership, potential terminal locations as well as possible routes and alignments. Following the working group’s review, the RFQ will be issued to determine private sector interest in construction and operation.

The RFQ specifies that the O’Hare Express Service should include a downtown station, an ORD station and one maintenance facility. The City and CIT will consider potential corridors that are above or below surface level. Goals of the project include travel times of 20 minutes or less with a reliable service frequency of at least every 15 minutes for the majority of the day with reasonable premium service fares less than the cost of current taxi and ride-share services. Any proposal must also address how potential conflicts or impacts on existing transportation systems and the environment would be avoided or minimized.

Although cost estimates for the project are not yet known, the RFQ stipulates that the O’Hare Express Service will be funded solely by project-specific revenues (like fares or advertising) and financed entirely by the concessionaire. There will be no taxpayer funding for the project.

The City and CIT intend to select one or more respondents that they consider most qualified to successfully respond to a subsequent Request for Proposals (RFP) to be issued by the City and the CIT.

“The CIT’s involvement in this transformative project is perfectly suited to our purpose to act as a specialized resource to the City focused on infrastructure financing and development,” said Chicago Treasurer and CIT Chair Kurt Summers. “We look forward to reviewing the proposals and continuing to move this important project forward.”

The express service stands to offer a myriad of benefits to the City, travelers, and residents: providing a faster commute from the airport to downtown and vice versa; helping to mitigate congestion on the region’s roadways; and fostering economic growth and creating jobs throughout the lifetime of the project. The current total daily number or air passengers traveling between ORD and the Chicago Central Business District is approximately 20,000 and is forecast to grow to at least 35,000 daily air passengers in 2045.