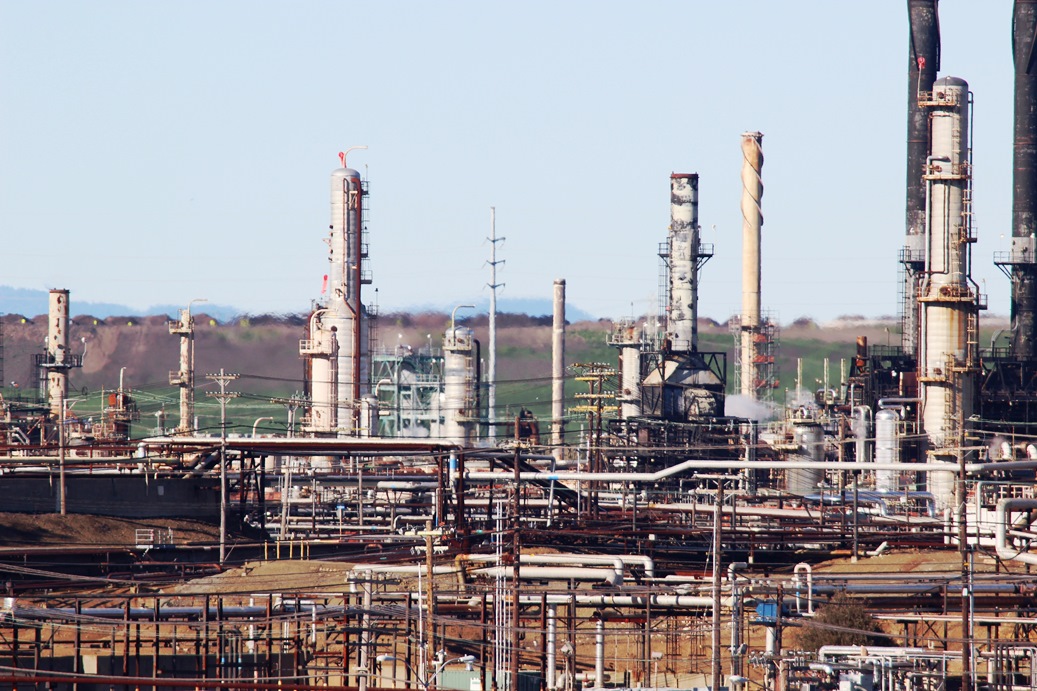 In the San Francisco Bay are of California, a city best know for murder, poverty and pollution is becoming a leader in integrated redevelopment. 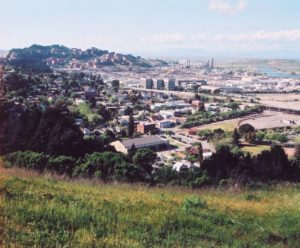 Richmond with Chevron refinery in background.Photo by ILike2BeAnonymous via Wikipedia.

It’s a great example of the 3Re Strategy (repurpose, renew, reconnect) in action: they are repurposing a historic, contaminated property. This viable new use provides the funding they need to renew it. And then they are reconnecting the property to the community to maximize its value and functionality.

Richmond sits in the curve of a peninsula, providing the city with a natural deep harbor that made it the most productive World War II-era shipyard in the U.S.: 747 warships were built there, many of them by the women known as “Rosie the Riveters.” 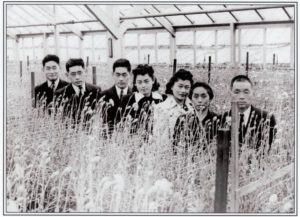 Oishi family in one of their greenhouses, circa 1940. Photo credit: The Oishi Family Collection

But the deepwater port also attracted chemical companies like United-Heckathorn, which profited and then left town, contaminating the harbor with persistent pesticides like DDT.

Although Chevron continues to operate and environmental cleanup continues, poverty is still a problem.

But the murder rate has fallen dramatically, and the city has become a surprising leader in the urban greening movement. In fact, it recently won platinum and gold sustainability awards for community greenhouse gas reductions and best practices.

The project described above is the Miraflores green infill project. Construction began this summer on the 14-acre brownfield and former Japanese-American-owned nursery. 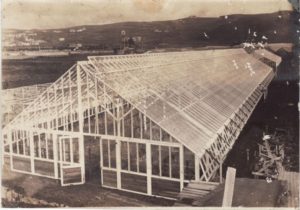 Some of the historic greenhouses (shown here when newly-built) are being preserved. Photo credit: The Oishi Family Collection

Tucked into a highly paved, older residential corner of the city, and hemmed in by train tracks and a freeway, the project honors the site’s history by preserving some of the old greenhouse structures, as well as the water tower and tank, and two original family homes.

It also exemplifies the city’s new direction, with 80 units of affordable, solar-powered senior housing, 190 mostly market-rate condos, a 5.4-acre greenbelt that will connect to the city’s central greenway and public transit.

They will also daylight an urban creek that will flow above ground for the first time in decades.

It’s hoped that this project will act as a model for integrated community revitalization, showing the synergistic value of getting the brownfields, historic preservation, ecological restoration, and economic development professionals out of their respective silos.

Featured photo of the Chevron oil refinery in Richmond via Adobe Stock.

See full article by Lisa Owens Viani in Next City.