The most publicized transformation strategy to restore and revitalize the 51-mile stretch of the Los Angeles “River” is being led by Frank Gehry and his team, who were commissioned in 2014 by the city-affiliated nonprofit River LA.

“River” is in quotes because–for many decades now–it has been little more than an ugly, lifeless, over-engineered concrete stormwater ditch. 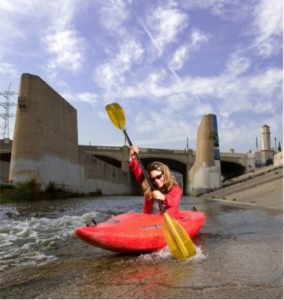 More than two years into Phase I, a design has yet to be revealed. But behind the scenes, firm partners Tensho Takemori and Anand Devarajan, with the expertise of landscape firm OLIN and hydrological specialists at Geosyntec, have been in the midst of exhaustive data collection and analysis—an essential first step in getting a preliminary design off the ground.

“Everybody’s wondering what it’s going to look like,” says Devarajan. “But if you predetermine that, you are not letting information drive the solution.”

Important strides are being made: last month, Los Angeles acquired a 42-acre riverside parcel that will be part of the Alternative 20 plan, an effort that is being pursued concurrently with Gehry Partners’ larger river framework.

Meanwhile, the Gehry team hopes to embark on Phase II of their plan by the end of the year, maybe even by summer, if funding permits.