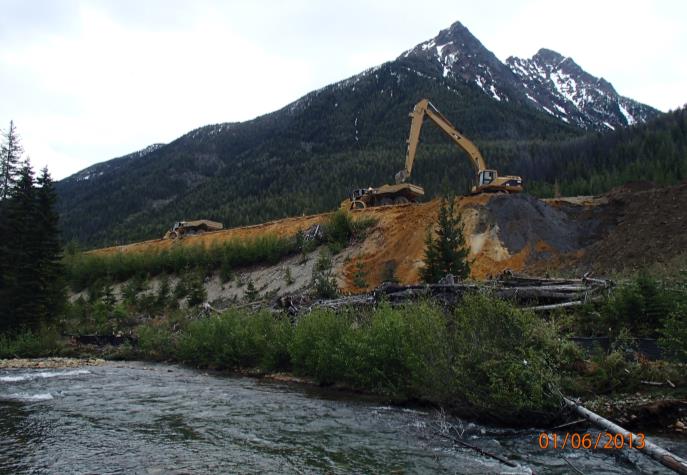 Note from Storm: This isn’t a news article. The link below is for a web page on the Rio Tinto company website, called “Legacy management: breathing new life into old sites“.

This program is specifically aimed at cleaning, ecologically restoring, and/or redeveloping sites that the firm didn’t necessarily damage in the first place, but inherited by acquiring other companies.

On the page, they say: “Within our portfolio, we have legacy sites at various stages of redevelopment. To date, our successes in regeneration have included new industrial developments, residential housing, a sports training centre, a recreational lake, a tourist museum and new landscapes that are farmed or simply returned to nature.”

They offer the example of Ryan Camp in Death Valley, California as a shining example.

My purpose in posting this in REVITALIZATION is to solicit feedback from readers in communities near one or more of these remediation sites. Specifically, how good a job is Rio Tinto doing? The page mentions “cost-effective” solutions, which is sometimes a red flag.

Founded in 1873, the Rio Tinto Group is a British-Australian multinational metals and mining corporation with headquarters in London, United Kingdom, and a management office in Melbourne, Australia. They are the second-largest mining company in the world (after BHP Billiton).

I’m well aware of some of the horrendous environmental and human rights abuses of the company’s (sometimes rather recent) past, such as in Papua New Guinea.

What I want to know now is how well are they undoing some of that damage, including the damage they inherited from others? Please post any insights into the Comments section below.

June 2016 Update: After five years of cleanup and restoration, Rio Tinto is wrapping up major construction on the $500 million Holden Mine Cleanup Project. Final construction began this spring.

For the last five years, we’ve had between two and three hundred employees and contractors living in and working out of Holden Village. Over the life of the project, we’ve employed more than 1800 people from the region. The cleanup project has gone on a little longer than we anticipated, and cost us a lot more than we expected; but we are close to reaching our goal of restoring the natural ecosystem and preventing any more contamination from the historic mine site.

Since we started work on this government-mandated cleanup in 2012, we have:

Our latest economic impact study shows that the restoration project has contributed nearly $240 million to Chelan and Douglas counties over the last six years. This includes wages we pay to local employees, contractors, and equipment providers, as well as property, sales & use, and employment taxes we pay to local and state governments. It also includes goods purchased from local businesses and revenue generated by individual salaries and expenditures within the local communities.

See June 2016 update about the Holden Mine restoration.