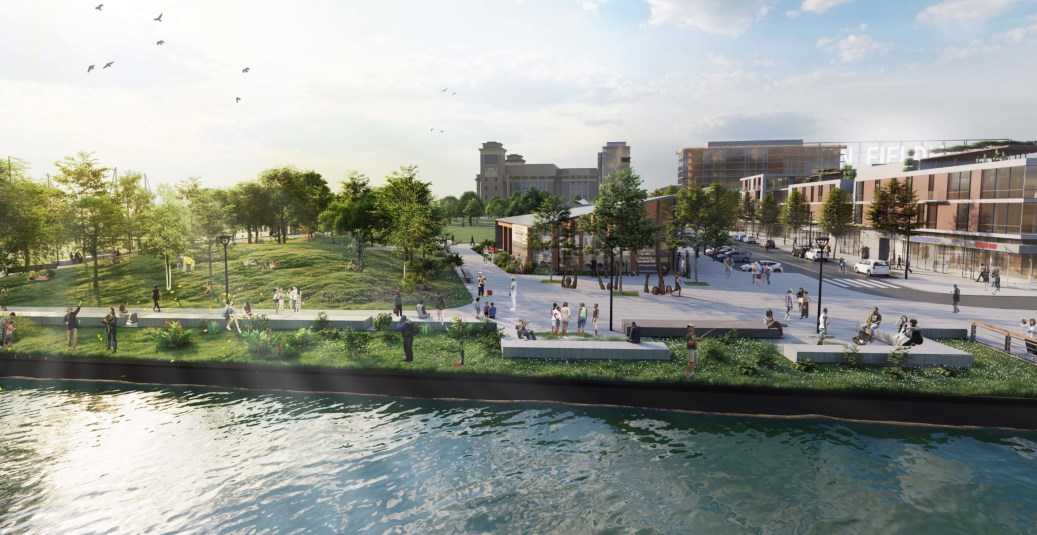 On September 15, 2020 in Pennsylvania, the Riverfront Alliance of Delaware County (RADC) announced the official launch of the new Chester Waterfront Master Plan.

It’s described as a framework to direct the redevelopment of the waterfront, promote better connections to the local community and establish Chester as a regional destination to stay and live for residents, businesses and visitors.

The development of the plan began in September 2019 through a partnership with national architectural design firm NBBJ.

RADC is a consortium of private sector corporations and non-profit institutions that have come together to develop and implement programs and activities that serve as the catalyst for the physical, economic, and social development of the Delaware County waterfront.

The Master Plan will be implemented in several phases, with a comprehensive strategy that focuses on the following themes:

Initial priority projects include improvements to PA Route 291, Reaney and Engle Streets, design of a riverfront park and a public art program. Based upon these investments in public spaces, the Plan seeks to attract private sector support in activations like new office spaces, retail and hospitality venues, and improved sports and entertainment facilities, all strategically designed to complement and build upon existing Chester landmarks and establishments. In total, the plan will encompass nearly 100 acres of land, from Highland Avenue to Norris Street. 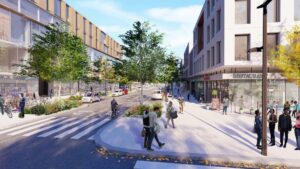 “Chester is a tight knit community full of character and heart. This plan outlines the strategy to safely connect the riverfront to the city and provide new opportunities for growth and development,” says RADC President Tom Shoemaker.

“It was critical to us to incorporate as much community feedback as possible into the development process, ensuring that this transformation incorporates the goals and aspirations of local residents for the future of the waterfront,” he added.

To develop the strategy, RADC and NBBJ held numerous planning sessions with community stakeholders and Chester residents to understand key neighborhood issues, opportunities for growth and how to improve upon revitalization challenges of past efforts. Market analysis included reviews of local demographics, physical conditions, current infrastructure, opportunity for tourism and existing resources.

NBBJ planning and urban designer Chris Herlich added, “Over the past year, I’ve met so many Chester residents and their pride in the city’s history is palpable. This is a community that is hungry to grow and become a true economic hub in Pennsylvania and beyond. It’s been incredibly rewarding to work on this project that will help them reclaim their place in the region.”

The Master Plan is funded through partnerships with private and public entities including the Department of Community and Economic Development, the Philadelphia Union, M&T Charitable Foundation, and more. Phase Two implementation will include upgrades in hospitality offerings, improvements to the Philadelphia Union facilities, development of a marina, and a multifamily residential offering along the waterfront.

Learn more about the Riverfront Alliance of Delaware County.