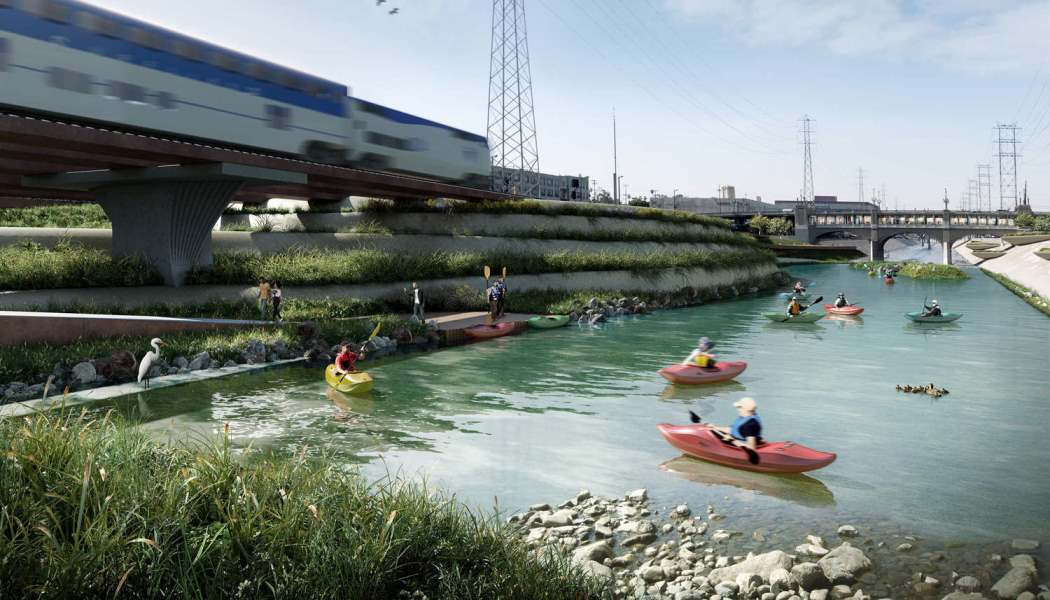 In June of 2021, the Los Angeles-based landscape architecture and urban design firm Studio-MLA was selected as lead designer and planner for an expansive revitalization of open spaces and trails along the Santa Ana River in Riverside, California.

Commissioned by the City of Riverside’s parks department and funded by the California Coastal Conservancy, the ambitious work will reimagine nine adjoining sites along a seven-mile segment along the Santa Ana River.

Leading the team for the sweeping initiative called the River-Side Gateway Project Suite, the landscape architecture, urban design, and planning firm Studio-MLA will redesign eight park sites and a 7-mile section of trail.

As envisaged by Riverside’s Parks, Recreation and Community Services Department, the work will ultimately knit together existing trails and bike paths with each park’s unique open space opportunities.

Connecting nearby communities to the Santa Ana River — and contributing new public amenities and attractions to the network known as the Santa Ana River Parkway and Open Space system — the project has been hailed by experts in waterfronts and urban riverways. 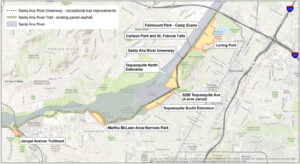 “We are very excited to deliver this planning and design framework and help achieve a vision that honors Riverside’s very name,” says Mia Lehrer, FASLA, president of Studio-MLA.

“Just as the city’s leaders imagine this, our team will uncover opportunities to boost wildlife habitat and restore wetland as community access expands at these nine beautiful riverfront sites. Not only that, Riverside can simultaneously benefit from improved public safety, water quality and flood control, affording ecological balance and forward-looking climate resiliency,” she added.

Informing the far-reaching riverfront planning and design are the priorities of the city’s widely praised Envision Riverside 2025 strategic plan. Its long-term goals include a focus on arts, culture and recreation, community wellbeing, economic opportunity, environmental stewardship and infrastructure, as well as historic and cultural narratives and honoring Native American tribal past and present relationships to the Santa Ana River.

“We applaud Riverside’s city leaders for their bold actions, and their ambitious efforts to create a healthier community through projects that promote environmental, economic and social equity,” says Romero.

“Visionary open-space projects along rivers are so valuable for cities,” adds Landoni, project designer for Studio-MLA. “We look forward to connecting with each community to explore the best new opportunities for both residents and visitors.”

All images courtesy of Studio-MLA. The featured image shows Studio-MLA’s work on the Los Angeles River.