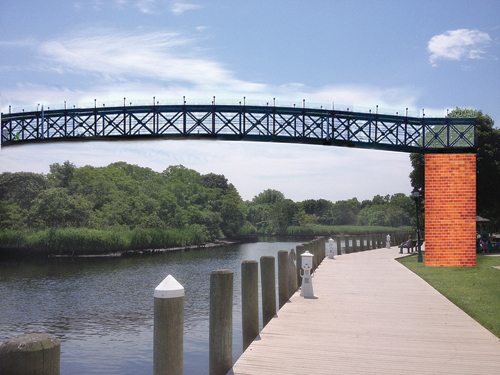 After nearly a year in the making, Southampton Town (Long Island, NY) officially has a plan in place to revitalize Riverside — the area’s most economically-stressed and blighted neighborhood.

A long-discussed plan to rejuvenate Riverside took a huge step forward on August 25, 2015, night when the Southampton (NY) Town Board voted to approve an action revitalization plan. 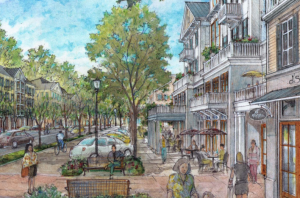 The public-private approach has Councilman Brad Bender believing it will be more successful than previous efforts.

“This is an action plan — it isn’t another study that’s going to sit on a shelf,” he said. “We expect that within the next year we’ll see a shovel in the ground somewhere in Riverside.”

This week, Vincent Taldone, president of the Flanders, Riverside, Northampton Community Association, said he and his organization have been working hard for the plan for years.

“I am as thrilled as can be,” Mr. Taldone said. “This will really turn Riverside around. FRNCA, the CACs have all been involved in this through meetings and door-to-door campaigns so that we could really get the people’s opinions on what they want to see in their neighborhoods—so that when it got to the Town Board, they already had our support behind it.”

One of the best parts, Mr. Taldone continued, is the sustainability of the plan, not only for the businesses and developers, but for residents, who will have the benefit of an increased school tax base and a more pedestrian-friendly neighborhood.

“This will bring the new businesses in,” Mr. Taldone said. “That is what we have been focused on for many years—to get the development in.”

Despite the challenges posed to this long-term redevelopment plan, it is being credited with helping to jump start the once-moribund local real estate market.

Since the beginning of 2016, six major properties totaling nearly 20 acres have sold or are under contract to sell to developers and investors. All of the properties were unoccupied and had been offered for sale for at least a decade. The properties ranged from an old Howard Johnson to a boarded-up dollar store, a closed gas station and several crumbling industrial buildings.

[Photo of proposed footbridge that will cross the Peconic River and connect Riverside to downtown Riverhead by Jay Schneiderman.]